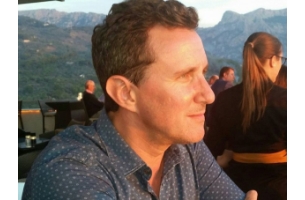 Ear Candy is a regular series hosted by D&AD where renowned creatives are invited to choose their favourite snippets of audio – from anywhere... In this edition, Jonathan Goldstein, Managing Director of music production company, GOLDSTEIN, is in the hot seat.

Together with the company, he has won numerous awards including D&AD, Music and Sound Awards and an Ivor Novello Award nomination. He is also on the board of PCAM, the Society for Producers and Composers of Applied Music.

“As the MD of one of the UK’s leading music production houses, nailing one’s musical colours to the mast feels a bit like feeding oneself to the tigers, so I’m going to go about this another way round – with the sound of silence. Or is it…?” says Jonathan Goldstein.

John Cage’s, 4’33”, is often cited as one of the most absurd creations in the history of music: a man walks on stage, sits at a piano, opens the lid and plays… absolutely nothing. He closes the lid and repeats the process twice.

So what the blazes was Cage (who was no fool, rest assured) going on about? He was actually making an incredibly powerful statement: the world is full of sounds. We are surrounded by a constant and accidental ‘composition’ of ever-changing rhythms, melodies and harmonies, and there is often great beauty in it, but we never notice it. 4’33” was his clever way of making us, the audience, stop and listen for once.

Close your eyes and give it a go… Or try this orchestral version, broadcast by the Beeb (more on them later)

When Cage wasn’t making seminal statements about the music of the universe, he was, although one might not expect it, sticking nuts, bolts and screws between the strings of a grand piano. And why not? The result was this.

Have you ever listened to the Jubilee Line? It has to be one of the maddest sounds alive. I am not alone either; the Internet is littered with clips and comments about it.

This piece of music (to use John Cage’s thinking) starts with a piercing note, a perfectly in-tune octave D, in fact, followed by a series of ominous swoops, rising to a high pitch that seems to go on forever. When the train comes to a halt at the next station, the process is reversed, with the sounds cascading back on themselves.

The whole sequence would be quite at home in a cue from a horror movie. The train engineers had no idea they were creating such a sonic spectacle.

On the subject of scary music, forget Psycho and The Omen, and check out ‘Metastasis’ by Iannis Xenakis. Xenakis actually worked as an assistant to the legendary modernist architect, Le Corbusier, before studying music; and how it shows. He created what can best be described as musical architecture, using sections of the orchestra like enormous building blocks of sound. It changed my life as a student and I’ve never heard anything that comes close to it since.

Next time you go into the kitchen, spare a thought for the musical virtuosity of the contents of your cupboard, the humble casserole dish especially. Jonty Harrison is one of the UK’s most influential practitioners of Sonic Art (or Musique Concrète) and under whom I was lucky enough to study at University.

This is his celebrated work ‘Klang’, created using the sounds of a casserole dish, struck in different ways and beautifully manipulated on tape, to create a sonic feast (no pun).

Click here to listen to an excerpt of Klang.

I said we’d return to the Beeb and what better way to wrap things up than with an homage to one of our grandest and maddest institutions. The BBC is undoubtedly a global symbol of quality and culture, a beacon in the world of broadcasting. And yet, however it moves forward with the times, adopting new technologies and proudly pushing boundaries, it is comforting to know that it will probably never lose The Shipping Forecast, or the theme tune to The Archers  or Desert Island Discs.

An American tourist was reputed to have said, when stepping into a cab at Heathrow and hearing Desert Island Discs begin on the radio, “Jeez, what decade am I in…?”.

This article was originally posted on the D&AD website. 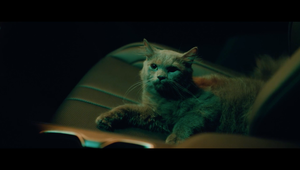 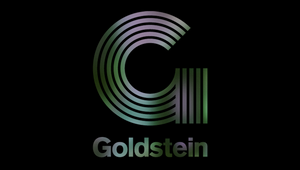 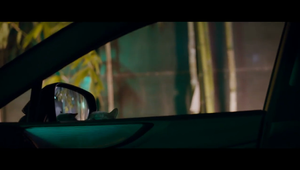