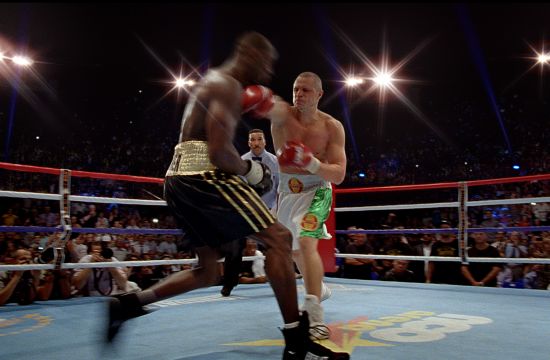 BBH London and Academy Films’ Jonathan Glazer have created a knock-out new spot for Audi. A smart dissection of the dynamics of the boxing ring, the 60 second film plays with the idea that true power doesn’t need to draw attention to itself.

‘The Ring’ was shot by Sexy Beast-director Jonathan Glazer whose latest feature Under the Skin has been making a stir at the Venice Film Festival. The ad follows the drama and excitement of a big title fight,  but it soon becomes clear that the real powerful presence is the referee, not the contenders.

The cool, calm understated strength of the ref was inspired by the insight that real power doesn’t need pretence. The team and BBH used this to demonstrate the selling point that while the new Audi RS6 car is a high-performing supercar, it’s practical rather than flashy. Just as the camera work reveals the ref to be the true centre of the boxing match, the spot also reveals that the thundering sounds of the powerful engine that accompanies the ad actually come from 560PS RS 6 Avant – an estate car.

The film will be accompanied by print, out of home, and digital online advertising.