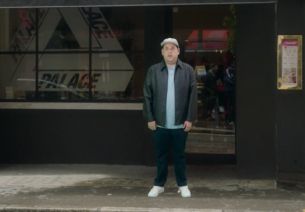 Jonah Hill, a big Palace Skateboards fan was filmed in their store in Soho, London where he is a regular customer.

He is filmed walking around the store, talking knowledgeably about the brand and skateboarding, and demonstrating a clear rapport with staff members.