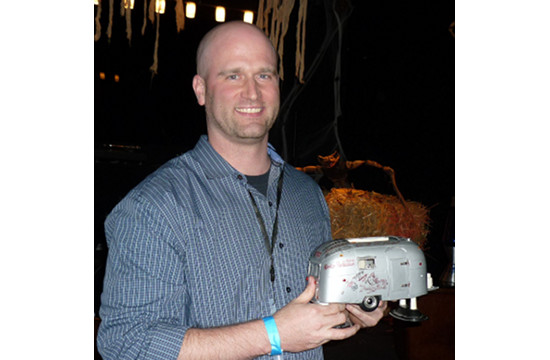 New York-based Northern Lights has promoted Jon Simpson to Editor. While working as an Assistant Editor since joining the company in 2010, he has contributed to a wide variety of campaigns for such top clients as USA Network, TruTV and Al Jazeera America. In 2013, he took home the top prize at the AICE Camp Kuleshov trailer editing contest for “Screwloose,” his horror take on a trailer for the beloved 80s dance musical Footloose.   You can view a reel of Jon’s latest work here.

Notes Northern Lights Executive Producer Robin Hall, “Jon has proven he has the work ethic, technical skills and most of all—the magic elixir that editors have—the sense of how to tell a story. I’m truly excited to know he’s become a full-fledged editor, and I look forward to working with him as he continues to grow.” Adds Simpson, “After putting the time and hard work in to hone my skills, it’s very exciting and rewarding to be promoted to editor.”

Growing up in Harrisburg, Pennsylvania with a fascination for all things film-related, Simpson headed to NYC to study at the prestigious New York University Tisch School of the Arts where he wrote, directed and edited over a dozen short films. Seeking to get hands-on experience on the post production side, he landed as an Assistant Editor, working at numerous NY shops including Cliff Schwarz Music, Bionic, Sound Hound and NBC Universal, before joining Northern Lights.