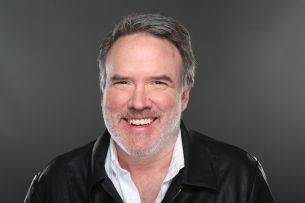 Flannery is returning to the 750-person agency after having spent the past two years as Chief Creative Officer of FCB Toronto.

“I have always been a big Jon Flannery fan and feel very lucky to have him back in Chicago. He’s a culture builder, a creative talent and the kind of leader that brings out the best in everyone. He will continue to raise the bar and make us all better,” said Taylor.

While in Toronto, Flannery brought in A-class talent and helped re-establish the agency as a top creative force in Canada while overseeing both the creative and production departments. In addition to an impressive new business track record including wins like Bank of Montreal, he led Cannes-winning work like 'Nobody’s Memories' for PFLAG, and developed innovative work for a wide range of clients from Ontario Tourism to Ritz Crackers.

“We did amazing things in Toronto in a short amount of time, and I’m looking forward to using that experience to help build Chicago’s next chapter. The chance to work with Liz and Michael to build upon the momentum of the last couple of years, and in a city like Chicago . . . there’s nothing better than that,” said Flannery.

Chief Creative Officer Susan Credle added, “When you see someone doing something impressive in the network, you pay attention. Jon went to Canada to help turn the agency around. In less than two years, FCB Toronto has become an agency to watch. Under his stewardship FCB Toronto has had its best awards results in 10 years and was nominated twice for Digital Agency of the Year by Strategy Magazine. Jon cares deeply about FCB and our clients and he’s excited to be returning to Chicago. I'm thrilled that he's bringing back his talent and experience to one of the largest offices in our network. I can't wait to see what he and Liz do together.”