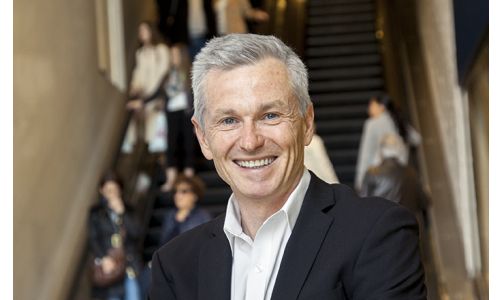 David Sable, Global CEO of Y&R, announced today the consolidation of the agency’s retail and shopper marketing capabilities into a single, unified network, Labstore.  Jon Bird, who was a co-founder of Y&R’s successful retail marketing agency, IdeaWorks, in Australia and New Zealand, moves to New York to take on the new role as its Global Managing Director.

The Labstore network, with a presence in 20 countries across all regions, enters the market among the Top Five retail and shopper marketing networks geographically. Labstore resources include retail marketing strategy and execution across all retail touchpoints, as well as shopper research, insights and execution with a focus on integration of digital.

In Asia, Y&R | Labstore makes its debut in Thailand and the Philippines.

Y&R | LabStore Philippines will be headed up by Business Unit Director Maya Roldan and Executive Creative Director Jenny Nadong. Maya Roldan has more than 17 years of advertising experience and currently leads Y&R Philippines’ Integrated Marketing Development for Colgate-Palmolive. Jenny Nadong’s 18 years in the industry is characterized by affinity and brand-building campaigns. She heads the total local Colgate-Palmolive Creative Team as well as being a player in new business pitches and wins.

IdeaWorks will be part of the Labstore network in Australia and New Zealand, with representation in Sydney, Melbourne, Brisbane and Auckland.

Labstore originated in Spain in 2001, and was expanded in 2012 to six markets in Latin America.  Labstore will continue to expand, particularly into fast-growth markets. Y&R’s other retail and shopper capabilities will now all roll into the Labstore network, under the leadership of Jon Bird and share the same proprietary resources, tools and global positioning.

David Sable stated: “We have great retail and shopper capabilities around the world.  Labstore is the perfect confluence of Y&R’s core brands, Y&R Advertising and VML — highly strategic, enormously creative, digital at the core.  We now have the ability and leadership to leverage this offering globally so that both global and local clients everywhere can meet the increasing challenges of the retail environment.”

“There is no one better suited to lead Labstore than Jon Bird, who is a bona fide thought leader and whose great success with IdeaWorks in Australia and New Zealand has been an enormous training ground for leading this charge. With Labstore, we have a distinct point of view that speaks to the challenges and demands of the marketplace, both from the retail and consumer perspective and a way of working that is fully integrated with Y&R Advertising and VML,” he added.

“We are building Labstore for the reality of retail today. We live in a globalized, digitized, polarized and increasingly personalized retail world…where the shopper is in control. That’s our starting point, and from Day 1, Labstore will have a global perspective, with digital and data at the core, " said Jon Bird.

“We believe there is a sweet spot where retail and shopper marketing intersect, and that will be Labstore’s territory – working with both retailers and manufacturer brands to develop great solutions for the shopper.”

Clients already include Telefonica in Spain, Movistar in Spain and Latin America, GE Moneybank in Europe,  Colgate-Palmolive in Thailand and the Philippines, as well as Payless Shoes in Australia and Westfield in New Zealand.