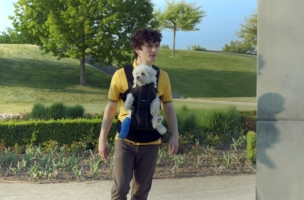 Following the success of the Google campaign, editor Scot Crane has once again teamed up with Thomas Thomas director Kevin Thomas to cut another charming campaign for Joint London and CD Damon Collins, this time for Amazon Prime.

Both films in this series are heart-warming and funny; ‘Nursery’ and ‘Dog’ are storytelling edits at their most simplest and finest.

"Needless to say we were chuffed that the first film ‘Nursery’ made Campaign ‘Pick of the Day’ and look forward to adland’s collective “Awww” now that ‘Dog’ has been unveiled," Commented The Quarry's Time Page.  "If you’ve met The Quarry’s resident pug Dink you’ll know we have a soft spot for cute dogs…."