Join Manners McDade, Spotify, and the Barbican for Piano Day 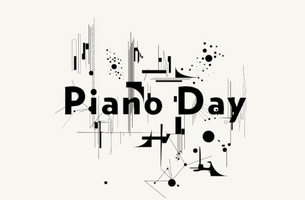 The global, annual festival Piano Day, founded by Nils Frahm, returns for its fourth edition in 2018. As with previous years, the festival takes place on the 88th day of the year due to the number of keys on the instrument being celebrated - this year on Thursday the 29 March.

London's Piano Day celebrations include a special event at the Barbican, in partnership with Spotify. This year, the repertoire will feature several world-premieres by three virtuoso composer and performers.

Starting at 7:30pm, German pianist Florian Christl commences proceedings. Inspired by the beautiful Bavarian landscapes, his music is deeply rooted in emotion and melody, yet still contemporary in style. Florian will perform his latest pieces from his album “Inspiration” (out via Sony Classical). Following on from him is Ukrainian pianist, Marina Baranova. She will be premiering her new album, ‘Unfolding Debussy’, a modern reinterpretation of some of Claude Debussy’s most iconic compositions. Released to coincide with his 100th anniversary, ‘Unfolding Debussy’ is more than just a simple homage to one of the great composers of the 19th and 20th Centuries. Marina has taken her love for him, and reworked his creations in the hopes of inspiring a new generation of music lovers. Completing the evening’s events is British composer and performer Poppy Ackroyd. A classically trained pianist, violinist, producer, and composer. Poppy has turned heads in the neo-classical world, with her previous works Escapement, and Resolve. Poppy who uses extended techniques to achieve new sounds, will be performing tracks from her new album Resolve (out now via One Little Indian).

Find out more about the event here, and watch videos from the artists below.