Johnsonville Sausage Employees Are the Creatives Behind This New Campaign 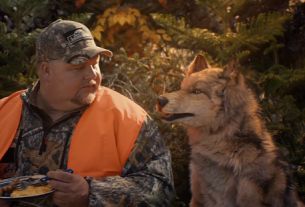 A strong company culture has been at the centre of Johnsonville Sausage in Sheboygan Falls, Wisconsin, since the early 1980s. Established by the owner and chairman, Ralph Stayer, "The Johnsonville Way" puts the people of the company first, empowering its members to have a stake in this 71 year-old business.

This year, Johnsonville is taking that mindset to the next level and doing something only a family-owned company could do: letting their members come up with the commercials.

The campaign launched with an anthem spot, “Responsibilities,” which explains how the people who work at Johnsonville are responsible for everything. This includes spicing the sausage, prepping the smokehouse, taste-testing the products  and this year, even coming up with the commercials.

The following three spots all come from the minds of different Johnsonville members.  According to company’s ad agency, Droga5, the hardest part of the process was narrowing down the hundred plus ideas to a final three. “There were so many good ones to choose from,” said Group Creative Director, Scott Bell. “These guys could definitely take our jobs."

Each spot is narrated by its creator and opens with footage from their original interviews in Wisconsin.  The first, “Regular Speed Chase,” comes from self-proclaimed “car guy” and eleven-year Johnsonville member, Brett. It features a massive action-style car chase through the desert, as ice-cream trucks, soccer mums and even grannies on scooters chase the Johnsonville Big Taste Grill, hoping to grab one of the bratwursts or grillers from the rig.

The second spot, “Jeff and his Forest Friends,” comes from 18-year Johnsonville member Jeff. Not only does Jeff narrate his spot, he also stars as the lead in his tranquil forest scene. Every time the Wisconsin native tries to take a bite of his breakfast sausage, a different forest animal comes up and starts asking him questions about sausage. In Jeff’s words, “I thought it would be funny to have a commercial with talking animals.”

All three members traveled to Los Angeles to witness and participate in the production of their commercials. A full behind-the-scenes film captured their experience and showed the world what it truly means to have a commercial made the Johnsonville Way.