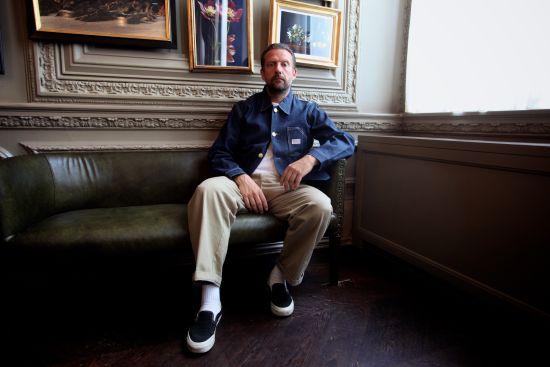 John Turner took the scenic route to directing, via professional cricket for Nottinghamshire. He notes that "after cricket, I went to my next favourite thing - photography". His photography always had a cinematic feel to it, due to his passion for cinema. It was his teacher who suggested that he move into film - which he now describes as the love of his life.

"I am a huge film fan and love a non linear shooting style, that journey of discovery," says John Turner. "A documentary feel but not too prescriptive. A style that embraces the magic of each moment."

John has completed many notable projects including a large scale VR project for O2 and the England Rugby team. "With a combination of 360°, VR and gaming it was a first and a great experience for me," he notes.

His projects 'The Search for Blue Gold', 'Live Life Give Life' and 'Style Pit Stop' were also very well received, along with his previous, comical campaign for Condé Nast.

"I did my recent projects for Conde Nast through Dark Energy but have known Matt for years," says John. "I had such a great experience on those films and that combined with my and the industry’s respect for Matt made it an exciting and natural fit."

The new campaign for Conde Nast is made up of four lead films, all of which explore what it means to be a woman, using contemporary influencers from Condé Nast's editorial teams and their carefully selected guests. The Glamour/Fiat films see the creative leads from Vogue and Glamour styling a new Fiat 500 in support of the ‘Lady Garden Movement’, which aims to change the future of female cancers. The projects made in association with Glamour and Phillips show conversations with various influencers about what ‘bare beauty’ means, whilst a further film for Vogue and Phillips explores the theme of motherhood with three successful, female writers - all set in sumptuous backdrops, accompanied by stunning cinematography.

John Turner has worked for a plethora of world class brands and agencies, including Axe, Kia, Mercedes, Nescafe, O2, Conde Nast and Shell and is currently shooting a new project through Dark Energy.

Click here to view some of John Turner’s work.