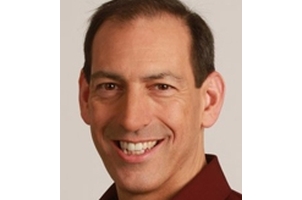 Flashtalking, the leading global independent ad server and ad tech company, today announced the appointment of John Nardone as CEO. Nardone joins the company during a period of significant growth, taking the helm to ensure continued momentum and Flashtalking’s competitive product innovation. He will be based in New York.

As CEO at [x+1] since 2008, and through its acquisition by Rocket Fuel, Nardone helped transform that business into one of the best-regarded data management platforms (DMPs) in the world. Rocket Fuel acquired [x+1] for $230M in a transaction that was announced on August 5, 2014.

“John’s appointment comes at an exciting time for Flashtalking and will help push us forward globally. Our clients and revenue are growing dramatically, especially in the U.S. market,” said Paul Cunningham, Founder and Chairman of Flashtalking.  “Obviously, we’re eager to extend this growth even further. John has a fantastic pedigree and track record. He will help take Flashtalking to the next level.”

Nardone has been an ad tech industry pioneer and influencer from the start, serving as one of the founding board members of the Internet Advertising Bureau (IAB) and on the board of DMG Media. In addition, over the years, he has gained recognition across the advertising community for his ground-breaking work at Pepsi, Modem Media and Marketing Management Analytics (MMA). At MMA, he had a hand in establishing marketing mix modelling, illustrating his long-standing advocacy for marketing accountability.

It was while running [x+1] that he became a client of Flashtalking, and learned first hand, of the superiority of the company’s people and technology.

“Flashtalking is in a great place, and I could not be more excited to join the team at this stage,” said Nardone. ”As programmatic media buying grows to new heights, advertisers need an ad serving partner who can meet the challenge of injecting relevance into every ad message. Flashtalking is that partner, and I’m looking forward to helping develop strategies to support and accelerate our growth.”

Flashtalking has offices across the globe, stretching from Sydney to Cologne and from Amsterdam to San Francisco, with headquarters in London.  Flashtalking opened its first US office in New York four years ago and now employs more than 100 people in New York City, Chicago, Los Angeles and San Francisco, with an extensive client base, including T-Mobile, Toyota, Kohl’s, Verizon, Sony, Walmart and American Express.

“Having our CEO based in New York City while I’m in London continuing to grow our EU business reflects the importance of the U.S. market to our growth and future strategy,” said Cunningham. “We will continue to extend our reach into new markets, beyond the US and the EU, into LATAM and further into the APAC region.”