Mescall retains his responsibilities as a Global Executive Creative Director 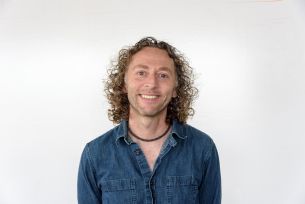 McCann Worldgroup announced that John Mescall has been named President of its Global Creative Council, an expanded creative role charged with helping the worldwide network to marshal creative resources across all of its regions and disciplines. Mescall retains his responsibilities as a Global Executive Creative Director.

“Since moving to New York from Australia two years ago, John has brought his terrific creative energy to the network,” said Rob Reilly, Global Creative Chairman of McCann Worldgroup. “I’ve asked him to take on additional responsibilities to help maximise our creative opportunities everywhere.”

Mescall was Executive Creative Director of McCann Australia before he was promoted and moved to New York to join Reilly’s top global creative leadership team in 2014.  He is best known for his creative work on “Dumb Ways to Die,” the Australian Metro Trains campaign. This month the campaign was named the “Best of the Decade” at the 2016 Asia Pacific Tambuli Awards.

“Under Rob's leadership, we've been able to come together and leverage our access to global resources to make a big impact, quickly,” said Mescall. ”The Council's goal is to harness the incredible collective intelligence of McCann's global talent and then find smart ways to apply that powerful creative network to real client needs. Not just to organise our leadership or to set standards, as critically important as these are, but to ensure that no matter where in the world the opportunity exists, everyone across McCann Worldgroup is working to make the most of that opportunity.”

McCann is ranked as one of the Top 5 most creatively awarded global networks and #2 overall digitally in this year’s Gunn Report. This month it was the No. 1 creatively awarded network in Latin America’s FIAP and EL SOL awards, as just the latest in the top creative awards that it has been winning around the world over the last few years. McCann is also ranked in the Top 3 among the most awarded global networks both at the One Show and for creative effectiveness according to the 2016 Global Effie Effectiveness Index.