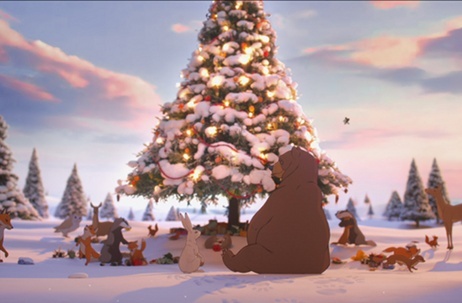 John Lewis’s animated heart warmer ‘The Bear and The Hare’ has been the runaway winner this year, generating over six and half times as many online mentions than Marks & Spencer’s ad which ranked second.

The ads have been ranked according to five key performance indicators including: Exposure – how many people have viewed the ad online? Reach – how many social media mentions did it gather? Affinity – did people like it? Engagement – whether people acted after seeing the ad (like/rate/comment)? And advocacy – how successful was the ad in stimulating shares across the social web?

John Murphy, Senior Strategist, BLOOM Worldwide, commented: “While everyone will have an opinion as to which Christmas ad they like best, by combining social media insights and sentiment analysis we’ve been able to turn that opinion into fact and create a top ten based on real data.

“With The Bear and The Hare, John Lewis has clearly understood the principles of creating fantastic content which triggers an emotional response from its viewers, which is why people have gone online in such huge numbers to view, discuss and share this great ad.”