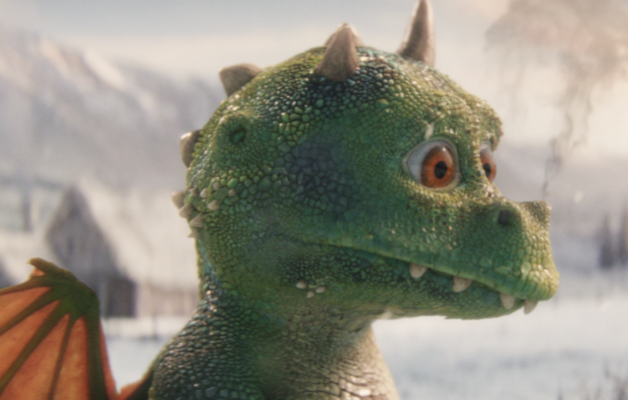 In their first ever joint Christmas campaign, John Lewis & Partners and Waitrose & Partners have come together to create an advert which tells the heartwarming story of a little girl and her friendship with an excitable young dragon.

‘Excitable Edgar’ is a two minute thirty second advert set to the iconic song ‘Can’t fight this feeling’ by REO Speedwagon and re-recorded by Dan Smith, lead singer of the band Bastille. It centres around the theme of bringing people together at Christmas time through delicious food and thoughtful gifts, which show loved ones how much you care.

You can watch the spot in full below:

The story follows a little girl, Ava, who is eagerly preparing for Christmas along with her family and friends. This includes an enthusiastic dragon called Edgar who, unable to contain his excitement for the festivities, is finding it increasingly hard to control his instinct to breathe fire.

The ad follows the pair as they attempt to join in with seasonal activities - with some unexpected consequences. Ice-skating is brought to a standstill when Edgar, in his festive excitement, accidentally melts the ice-rink. A carefully built snowman is reduced to a puddle and the annual dressing of the village Christmas tree ends in disaster once Edgar is involved.

Worried he will ruin the Christmas festivities even further, Edgar shuts himself away. But his best friend Ava dreams up the ideal way to show Edgar how much she cares about him. She presents him with the perfect gift - a delicious Christmas pudding - which ensures he plays a unique role in the spectacular village feast, lighting up Christmas in his own special way.

Martin George, Partner and Customer Director, Waitrose & Partners, said: “The magic of friendship and making our loved ones feel special, are some of the most wonderful things about this time of year. The Christmas pudding in the final scene is not just the showpiece of a spectacular feast which brings all the villagers together. It’s a reminder that a thoughtful gesture - whether that’s a delicious meal or a special gift - can mean so much.”

Craig Inglis, Partner and Customer Director, John Lewis & Partners, said: "I'm delighted our two brands have come together for this year's Christmas campaign. It started from a spark of an idea - a little dragon's excitement about Christmas - and became the story of how someone goes the extra mile for their best friend to give just the right gift. It's a funny, heart-warming story that will resonate with our customers as they seek out the perfect gifts for their loved ones this Christmas.”

Dan Smith, lead singer of alt-pop band Bastille said; “It’s so great to be asked to be part of this year’s John Lewis Christmas ad. As a band we’ve always had a lot of fun putting a twist on classic songs, and it’s been so good to be a part of this orchestral version of an eighties classic. We’re hoping we get an Edgar for Christmas too!”

The ad will first air on television during ITV’s The X Factor: Celebrity on Saturday 16 November. 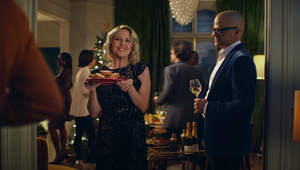