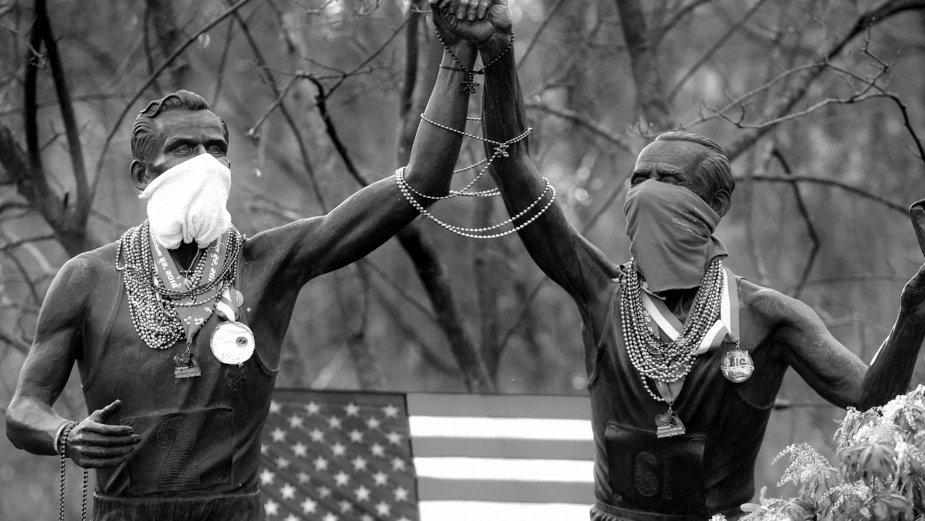 The third Monday in April, its Patriots’ Day, otherwise known as Marathon Monday, a day that’s quintessentially Boston. While there will be no Boston Marathon, The Boston Globe with MullenLowe US has launched a tribute to Boston’s pride and resilience.

‘Boston Is Still Running’, a campaign created in just seven days, is anchored by a 60 second anthem video narrated by Boston's own John Krasinski. The film highlights areas of the city that are currently empty, with shots of historical landmarks and iconic bronze statues. A 30 second video, ‘Finish Line’ is a stark, birds-eye view of the entire Boston Marathon route with no runners.

Patriots’ Day is a day to commemorate those who fought in the Revolutionary War at the battles of Lexington and Concord. It’s also come to be known as Marathon Monday. People come out in droves to celebrate the 30,000 runners funnelling through the suburbs and streets of Boston and the Sox playing at Fenway (a home game tradition each year). It also marks a terrible day in our city’s history, the 2013 Boston Marathon Bombing.

The campaign kicked off with a series of full-page print ads in the Boston Globe, and includes digital and social, with a purpose - supporting local restaurants by purchasing and delivering nourishing meals to health care workers. A third video is in the works, with a social media call to action #BostonStillRunning for Bostonians to demonstrate how they are still 'running', whether it’s homeschooling kids, helping neighbours, donating, delivering, or more. For each shared video with the hashtag, the Boston Globe will donate a meal to a healthcare worker from a local restaurant. The public can also donate through Globe.com/StillRunning to support this initiative.

“The work highlights our collective efforts during this difficult time, staying home is not surrender, but a demonstration of strength. Something Boston knows a thing or two about,” said Kelly Fredrickson, president of MullenLowe Boston and New York. “More importantly, The Boston Globe offers a message of solidarity, hope and a way for everyone to help our Bostonians on the front line who are doing their part.”