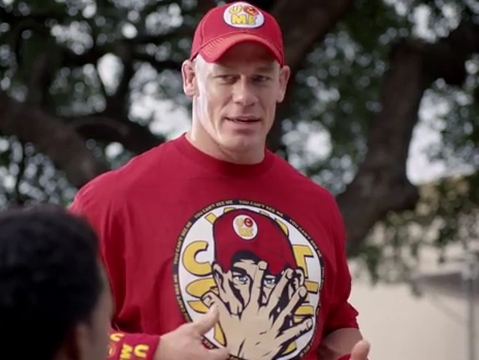 Foot Locker’s “Week of Greatness” is back – that time of the year when all the hottest new sneakers can be found in Foot Locker stores. It’s an event so big, ripples are being sent throughout the entire sports world.

And to demonstrate just how big a deal this is, Foot Locker will be debuting four new ads.  As the commercials state, “If it’s here, it’s approved.”

In one spot, boxer Manny Pacquiao overhears two kids talking about how Foot Locker is “finally giving the people what they want." Manny mistakenly assumes they are talking about a certain fight most people in the world would love to see him partake in (Google it if you don’t know).

In another, WWE wrestler John Cena steps in, overhearing two kids say the week is too good to be real, dead-panning that not everything good has to be real.

The third spot features James Harden, a NBA star frequently criticized for his lack of defensive abilities. When asked if he is going to the event, he becomes literally defensive.

And finally, Tim Duncan, the two-time NBA MVP known for showing no emotion, “freaks out” when MVP Derrick Rose tells him the week of greatness is back. And by “freaks out,” we mean he slowly turns over a plant out of excitement.