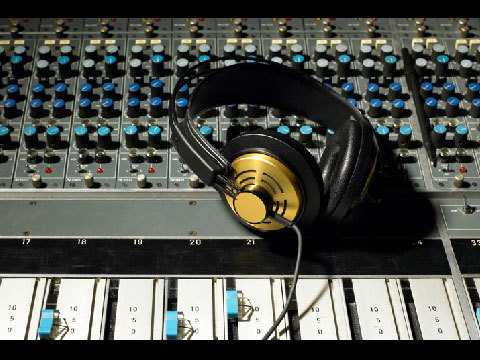 South African sound company Produce Sound has been named Radio & Audio Company of the Year at the 2016 London International Awards (LIA).
Produce Sound was credited on several of the winning campaigns at this year’s awards, the most recognised being KFC ‘Man Meals’ from Ogilvy Johannesburg, which took home five gold statues in the Radio & Audio categories. They also worked on DDB South Africa’s Skittles spot, which won two bronze awards, and Ogilvy’s Finalist-recognised Vodacom campaign.
Louis Enslin, Producer and Owner of Produce Sound comments, “It’s a great blessing and an honour to win this award. London International Awards are a very significant international award and this certainly opens my doors to receiving work from new markets. I am grateful for the amazing creatives that bring these scripts to us to craft, and it teaches us to work hard and stay humble. I was reading through my emails and catching up on some admin when I heard the news so it was a real surprise! It felt like it came from nowhere. I was stunned, it’s so awesome!”
On the winning campaigns, Enslin adds: “I think that all these campaigns had great entertainment value to them, and exceptional script writing. I am proud to have been part of these campaigns and it’s amazing to work with them and come up with treatments and ideas together to make great entertaining spots.”
Operating in an incredibly competitive market alongside a number of other great audio companies, Enslin credits Produce’s success on the development and maintenance of relationships and a continued focus on consistency, adding, “Our industry is built on that. I love what I do and I strive to give my best to each job that comes and provide first-class service.”
On the current state of the nation’s creative industry and the challenges it faces, Enslin says: “With the advent of the ‘in-house’ production company model that many agencies are adopting, we independents are in real danger of surviving. There are many great South African creatives who are getting snapped up internationally and going on to become global creatives. South African creativity is alive and kicking!”
Mariana O'Kelly, ECD of Ogilvy & Mather Johannesburg, sat on this year's Radio & Audio jury, and comments: "I think for Produce Sound it means a great deal to have been internationally recognised through the LIAs. I’m sure they are stoked and grateful for it. It also puts them on the international stage and I'm sure will open doors for more work from abroad. To be the first in anything is amazing, and to be the first SA company to achieve this is testament to the quality of work produced in SA across the board.”
“Nothing was taken for granted in the judging rooms. The jury members were very conscientious when it came to Statue discussions. They visited and revisited each piece of shortlisted work again and again. So you can be assured that the Statue winners in the 2016 LIA Awards come from a crop of work that is universally acknowledged as exceptional,” stated Barbara Levy, President of LIA. “Congratulations go out to all of the Statue Winners, but exclusive praise must be set aside for Produce Sound on being awarded the Radio & Audio Company of The Year. The ‘Of the Year’ companies signify that our winners went above and beyond to produce work that excels in creativity, innovation and execution.”
view more - Awards and Events