The Tessa Films director worked directly with the client on an evocative, lyrical two-minute digital film and a fast-paced thirty-second spot 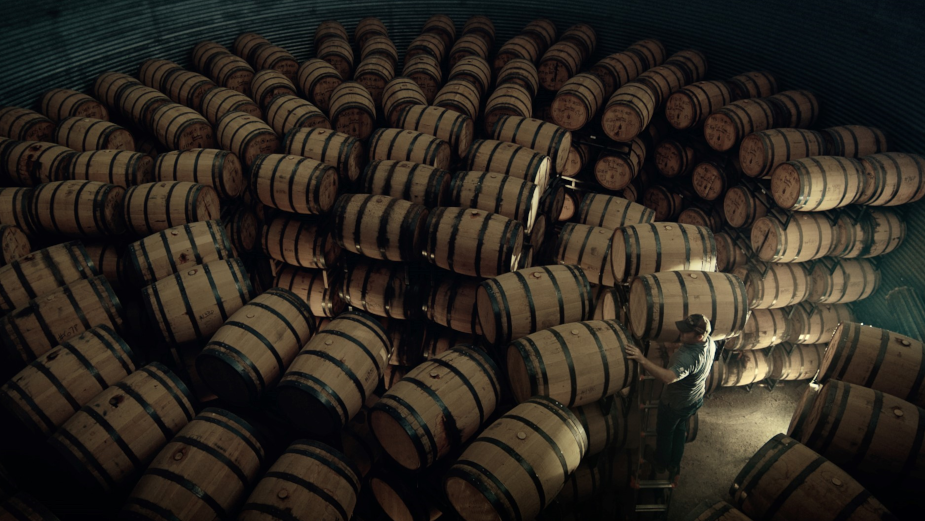 'Greatness isn’t born from punching a clock,' says the voiceover in a stirring new two-minute brand short for Whiskey Acres Distilling Company, directed, shot and edited direct-to-client by Joe Otting. “Greatness has its own clock,” it continues, “its own pace, its own rhythm.” This short film does, too, as Joe captures in a studied and lyrical fashion just what makes the Whiskey Acres’ award-winning whiskies so unique in a new brand campaign titled 'Bottled-in-Bond.'

Whiskey Acres’ bourbon and rye are among the most highly-regarded craft whiskies in America, according to the publication Whiskey Advocate. The distillery uses grain grown on its own fifth-generation family farm, and has been experiencing rapid growth, Joe says. He’s known Jamie Walter, CEO of Whiskey Acres, for many years, having used his farm in Dekalb, Illinois as a location.

The seeds of 'Bottled-in-Bond' were planted during lockdown, Joe says, when he pitched Walter on the idea of creating a film that would show the Whiskey Acres ‘seed to spirit’ method of distilling. Working with a small, three-person crew, and sometimes shooting completely on his own, he captured all the campaign’s footage over a seven-day period, then set to work.

The two-minute result, 'Chasing Greatness,' was so well received by Walter and the folks at Whiskey Acres that a second project grew out of it. That’s a more fast-paced thirty-second spot titled 'Not Out Here,' which quickly takes viewers on the journey from growing the grains through the harvest to the distilling, bottling, capping, tasting and eventually toasting, as the spot closed with two friends in a bar clinking glasses. With a quick-cut style and sound design to match, the spot is set to air in select markets where Whiskey Acres products are sold.

By contrast, 'Chasing Greatness' moves at a slower pace, and features sweeping shots of the farm and its landscape juxtaposed against macro shots that romanticise the making of the whiskey itself. We see soil being tilled, grain being handled, barrels being tapped, liquor being sampled –all while the editing picks up speed, the music swells and an earthy, down-home voiceover tells us how “on these 2,000 acres, we’re chasing greatness in every bottle.

Joe, who’s represented for commercials by Tessa Films, brought in writer Jon Eckman, a former Group CD at Havas and Y&R in Chicago, to write the narration that accompanies both spots. Joe says his goal with 'Chasing Greatness' was to do something visually bigger, and capture “everything that goes into the bottle, from harvest time onwards.” Once the idea jelled, he had to wait until the actual harvest at the end of the growing season to begin production.

The shoot, he adds, was a unique experience for him. “I’m used to working on big productions with packed schedules, always racing the clock,” he explains. “Here, I was able to spend the time and thoughtfully finesse each scene. It was extraordinary being out in the fields, waiting for the sun to set every day. I wanted to tell a visually compelling story, and this process gave me the freedom and flexibility to find and capture unscripted scenarios along the way.”

Similarly, Joe took his time on the edit, too, turning around the :30 relatively quickly, then letting the story play out on the longer piece. “We wanted to let some of these images and sequences breath,” he notes.

Music and sound design played a big part, Joe adds, as did finding the perfect voice actor for the narration. And he turned to Nolo Digital Film and colourist Mike Matusek for the grade, which was done remotely.

Finally, Joe says this is a case where the advertising is easily as good as the product itself. “Their Bottled-in-Bond releases are outstanding,” he admits. “Jamie showed me their family recipe for making Old Fashioneds, and I tried it myself. I have to say, the bourbon shines through. It’s complex, well-balanced, easy to drink, and now my go-to cocktail.”