Joanna Lumley Has a Box Set Binge with Sky

Actress channels her inner Daenerys Targaryen with Brothers and Sisters 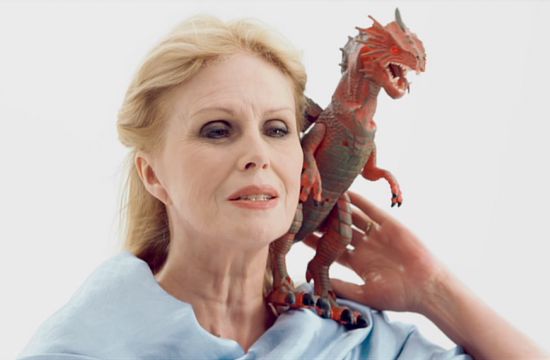 Actress Joanna Lumley stars from today in a new TV ad campaign for Sky where she dresses up as characters from hit series including Game of Thrones, Grey's Anatomy and The Walking Dead.

In the ads, created by Brothers and Sisters, Lumley is seen impersonating characters from popular series, which are all available as Box Sets through Sky’s On Demand TV service. The service provides Sky TV customers who have connected their Sky+HD box to broadband with access to both exclusive Box Sets and a wide range of Catch Up TV.

The TV ads will premiere today across terrestrial and satellite channels. The campaign will also run across print, outdoor, digital and social media.

"With the hangover from the recession seemingly having left the UK we wanted to create a campaign to make Britain laugh again. Joanna is a brilliant comedy actress who creates her own madcap trailers for some of the most popular box sets available on Sky On Demand. Brothers and Sisters gave you multiple Beckhams, and now Joanna Lumley as Daenerys Targaryen, Mother of Dragons," said Andy Fowler, ECD and Founder, Brothers and Sisters