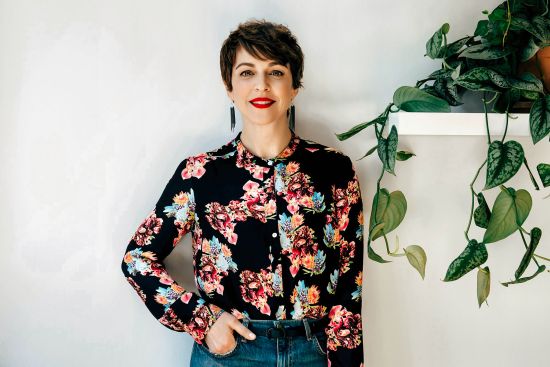 Matt Miller, president and CEO of AICP, announced today that Jaime Robinson, co-founder and chief creative officer of JOAN Creative, has been named as the 2019 AICP Next Awards Judging Chair, and will serve as Master of Ceremonies at the AICP Next Awards presentation this June during AICP Week in New York.

The call for entries for the 2019 AICP Next Awards is now open. Entrants can utilise a single entry portal to enter the Next Awards as well as The AICP Show: The Art & Technique of the American Commercial. For details on rules, eligibility and fees for each competition, visit the entry portal here. For work to be eligible for the AICP Next Awards, it must have first aired/launched between March 5th, 2018 and February 24th, 2019. The deadline for entries is March 1st, 2019, at 11:59 pm PST, and for the first time ever ProRes files are required.

Robinson has a long history with the AICP Next Awards, most recently serving as the Jury President for Integrated Campaign in 2018. “I was honoured to serve on the Next Awards jury last year and am even more honoured to serve as Judging Chair this year,” she said. “The AICP Next Awards are not only a benchmark of excellence in so many emerging areas of brand communication, but they also serve as a guidepost to where the industry is heading. I’m excited to work with our Jury Presidents as we help chart the progress our industry is making across so many media and communications channels.”

Prior to launching JOAN in 2016, Robinson was executive creative director of Wieden+Kennedy, New York, and previously VP, executive creative director at Pereira & O’Dell. She’s been featured in Adweek’s list of '50 Creatives Whose Brilliant Ideas and Beautiful Craft Will Make You Jealous', Fast Company’s '100 Most Creative People in Business' and Ad Age’s '40 Under 40', and her work has won over 30 Cannes Lions (including three Grand Prix) and an entertainment Emmy for 'Outstanding New Approach'.

“Jaime represents the next generation of creative leader and we’re thrilled to have her serving as Judging Chair for this year’s Next Awards,” says Miller. “In addition to having spent so much time at agencies like Wieden+Kennedy and Pereira & O’Dell, she’s set new standards with her own agency, JOAN Creative. In many respects, her career embodies the best qualities of the Next Awards and the forward-thinking mandate we’ve set for our industry.”

In addition to selecting the judges for their respective categories, the Jury Presidents serve on a Curatorial Committee that selects the Most Next Award (the top prize for the Next Awards) from among all the categories, as well as review the findings of each jury to ensure proper eligibility and appropriateness to category. Joining the Jury Presidents as Curators At Large are Andrew Keller, Global Creative Director, Facebook Creative Shop; Jeff Kling, a former AICP Next Awards Judging Chair; Jimmy Smith, Chairman & Chief Creative Officer, Amusement Park Entertainment; Nick Law, Chief Creative Officer Publicis Groupe and President, Publicis Communications and a former Next Awards Judging Chair; and Winston Binch.

At the AICP Next Awards presentation, winners of the Integrated Campaign category will present case studies exploring the creative and strategic thinking behind each winning piece. And the AICP Next Awards Jury Presidents, along with its Curators at Large, will select a Most Next honour from among all the winners, which is the Best in Show.

The AICP Next Awards debut is one of the tent-pole events of AICP Week, which also includes the AICP Show: The Art & Technique of the American Commercial, as well as AICP Week Base Camp. Base Camp, which runs throughout AICP Week, features thought provoking seminars and exhibitions and serves as the hub for AICP Week attendees.

The work of the AICP Next Awards winners, along with that of the honorees of the AICP Show, The Art & Technique of the American Commercial, are preserved by The Department of Film at The Museum of Modern Art in New York. The full AICP Awards Archive is available to all here.