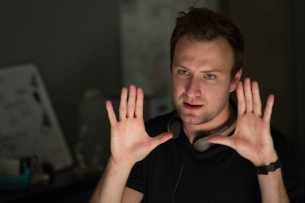 Filmmaker David Gelb, who directs commercials and content with Nonfiction Unlimited, returns to Tribeca Film Festival with two new documentary projects: A Faster Horse about the love and lure of an iconic automobile and Chef’s Table a character study of six celebrated chefs. Both films at this year’s festival, though focusing on different subjects, were true to the filmmaker’s style. They are human-interest stories driven by creative people with passion.

A Faster Horse is a documentary celebrating the 50th Anniversary of the Ford Mustang. At Tribeca it was selected as one of the Spotlight Screenings. Gelb, being a fan of the Ford Mustang himself, has said, “I’ve always loved Mustangs ever since my dad took me to Los Angeles one summer and rented a GT Convertible.” This documentary isn’t just geared to the car enthusiasts; it also highlights the history of the Mustang in American Culture, and through the eyes of people: Ford Motor Company creatives, employees, and even Mustang lovers. With creative freedom and open access to Ford, Gelb has shined a new light on an iconic classic.

Chef’s Table, Netflix’s first original docu-series, has six, hour-long episodes each featuring different famous chefs from around the world. Just as with Jiro Dreams of Sushi, this new series goes beyond the food: focusing on the story of each chef’s zeal and quest for creative excellence through an edible medium. These character stories explore who they are, where they came from, and why they are not only chefs, but also artists. The common thread for both documentaries, as Gelb says, “It is about passion. We make it by focusing on passionate people.”

Gelb said, “It was an honor to screen two projects at Tribeca. Both projects were a joy to create.”