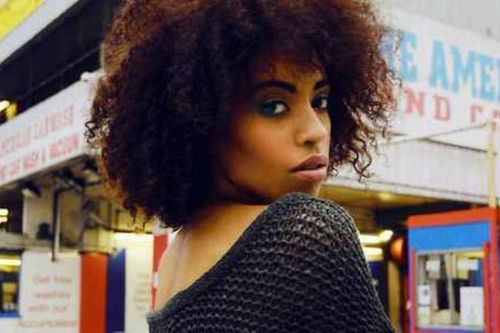 The spotlight will be on Jetta, Lava Records recording artist and the New York Festivals  Torch Awards Grand-winning team. The 23-year-old Liverpool-born and London-based singer will present the first annual Torch Award at the 2014 New York Show awards ceremony on May 1st held at the iconic New York Public Library.

Jetta, former backup vocalist for Paloma Faith and Cee-Lo Green, released her debut EP, “Start a Riot” in 2013.  With her rich and powerful voice, Jetta stepped out from backup singer to solo with Republic Records. “Start a Riot” became a breakout underground hit in the UK. Her song “Feels Like Coming Home” was the soundtrack for Google Zeitgeist's worldwide ad campaign, amassing over 28 million views on YouTube.

Jetta was immersed in music from a very young age. Her sound engineer father exposed her to the sounds of Mark Bolan, David Bowie, and The Police, and her a cappella singer mother introduced her to Joni Mitchell, Annie Lennox, and Tracy Chapman. As a 16-year-old, she spent the summer writing songs and producing using a laptop and recording program Logic, and by summer’s end she took to the stage.

MTV, Billboard, and NME have been early champions of Jetta. Her soulful title cut “Start a Riot” has been compared to Florence + the Machine, the xx, and Adele. iTunes chose the song as its "Single of the Week" and as their inaugural New Artist 2014 promo campaign. Her single “Start a Riot”  is available on iTunes, and a full-length album is coming soon.

The Torch Awards competition was launched this year to champion young creative talent. Creatives, age 18-25, were encouraged to review a brief outlining a marketing opportunity to assist a charitable organization and a chance to see their campaign selected to go live.

New York Festivals partnered with Road Recovery, a non-profit “dedicated to helping young people battle addiction and other adversities by harnessing the influence of entertainment industry professionals who have confronted similar crises and now wish to share their experience, knowledge, and resources.”