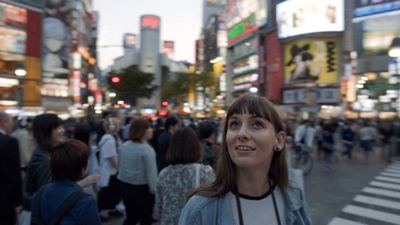 An evolutionary step in the brand's marketing, the heart-warming campaign speaks directly to the brand's sole proposition: 'All day, every day, low fares'. J Walter Thompson is responsible for all elements including planning and strategy, creative and digital.


Michael Godwin, managing director, J Walter Thompson Melbourne said the new campaign for the airline is a pure celebration of the brand's reason for being.

Says Godwin: "One of the things we were very mindful of during campaign development was that Jetstar has been incredibly disciplined in establishing some valuable assets over the past 12 years. These include an optimistic personality, an upbeat tone of voice, the colour orange and the brand's end-line. Rather than throwing all of this equity out, we sought to re-fresh it and bring it to life with a bit more meaning.

"The campaign is the result of this strategic consideration.  Through a tapestry of very real, very human moments made possible by Jetstar, it reminds Australians what it means to be able to 'seize the day' and take advantage of Jetstar's incredibly low fares and the vast choice of destinations on offer."

Says Catriona Larritt, group chief commercial officer, Jetstar: "For more than a decade, Jetstar has enabled everyday Australians to fly to more places, more often, making it possible for Australians to experience adventures that previously would have been out of reach. The campaign celebrates our reason for being and brings to the forefront the positioning proudly emblazoned on Jetstar's planes: 'All day, every day, low fares'."

Filmed in multiple locations including Tokyo, Bangkok, Phuket and Melbourne, the 30 sec and 60 sec spots also highlights the reach of Jetstar's international, domestic and regional network.

The campaign is the first to be released by J Walter Thompson since they won the business at the beginning of the year, after a highly competitive pitch.  The brand campaign will be seen on air throughout the year interspersed with Jetstar's ongoing retail campaigns.