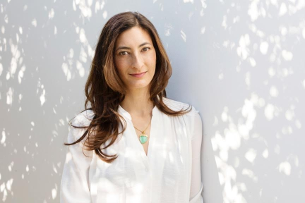 Activist filmmaker Jessica Sanders showcases an incredible group of 20 accomplished female directors from around the world with the premiere of her inspiring short film “Fox Directors” on Refinery 29. Created in collaboration with Fox’s Inaugural Global Directing Initiative, Sanders’ film is a visual story that challenges the traditional gender-biased concept of “what a director looks like.”

As an Academy Award-nominated documentary filmmaker and commercial director, Sanders brought her unique first-person insight to illuminate the directors’ work and their motivations as artists. A vast and varied array of creative exploration is perfectly presented with vignettes from their films, along with illustrative face-to-face confessionals.

In light of the ongoing initiatives and conversations about the unequal hiring practices and lack of opportunities for female filmmakers in Hollywood, Sanders’ piece serves to engage, educate and support inclusive filmmaking with so many talented voices and films that the world needs to know about and see.

Jessica Sanders enjoyed a career milestone when she was invited to join the Academy’s Class of 2016, a watershed year for the Academy’s inclusion of women and filmmakers of color.  Sanders’ credits include the feature documentaries After Innocence (Sundance winner) and March of The Living. She was nominated for an Oscar for her work as a Producer on Sing, a documentary short which follows a community children’s chorus as it battles massive budget cuts in the arts. Her latest narrative feature film Picking Cotton  based on the New York Times Best Selling book was awarded the Sloan Foundation grant at the Tribeca Film Festival to develop the project.

Directors featured in the film:

SHAZ BENNETT – Alaska Is a Drag, Top of the Circle

ISIDORA MARAS – I Am Not Lorena

CATALINA AGUILAR MASTRETTA – The Hours With You

VANESSA PARISE – The Wedding Chapel, Jack and Jill vs. the World

JESSICA SANDERS – After Innocence, March of the Living, Bunion