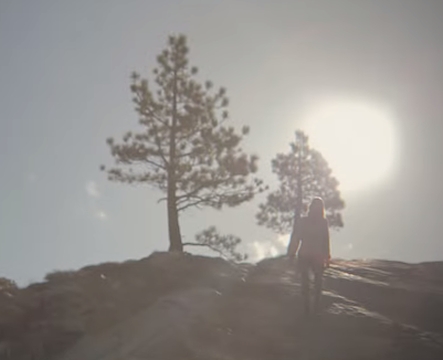 The Nature Conservancy launched a new awareness campaign with a beautiful and poetic Public Service Announcement, that runs more like a short film, about love that has an unexpected twist.  The film was directed by award-winning filmmaker Peyton Wilson and features Golden Globe winner and Academy Award nominee Jessica Chastain narrating Matthew Dickman’s poem “Our Nature.”  In the film, Chastain’s words recall a lost love as we slowly discover that the love she has forsaken was her love of nature.

“I chose to be a part of this remarkable campaign not just because it spoke to my own love affair with nature, but also because it’s imperative to find a way to co-exist with nature so that this valuable and beautiful resource is protected,” said actress Jessica Chastain.  “I hope this film encourages everyone to rethink their relationship with the natural world around them."

“We can’t live without nature. It’s essential to life itself,” explained Jordan Peavey, marketing director for The Nature Conservancy in California.  “From the air we breathe, the food we eat, the water we drink, nature fuels our body and soul. This campaign reminds us that nature and people are intertwined forever.”

The Conservancy partnered with award-winning filmmaker Peyton Wilson to create a PSA that provokes an emotional response towards nature in an unexpected way.  Shot in the Sierras, the film captures a young woman who has drifted from her love and is finding her way back.  In a surprise twist, her love is revealed to be not a person, but nature.

“I have always had a deep respect and appreciation for nature and wildlife, so The Nature Conservancy’s work is very near and dear to my heart,” said Peyton Wilson, who directed “Our Nature” through production company O Positive. “To raise awareness about how integral nature is to our lives, we created a romantic, ethereal and mysterious look that would connect with people’s emotions and generate conversation. It was an amazing experience collaborating with The Nature Conservancy and Jessica [Chastain], and I’m very proud of our film."

“This is a departure for the Conservancy.  Instead of a typical PSA where we explain who we are and what we do in a very intellectual way, we worked with Peyton, O Positive and Jessica Chastain to create an entirely different type of story.  One we hope will intrigue and inspire new audiences to remember their love of nature and to get involved,” added Peavey.