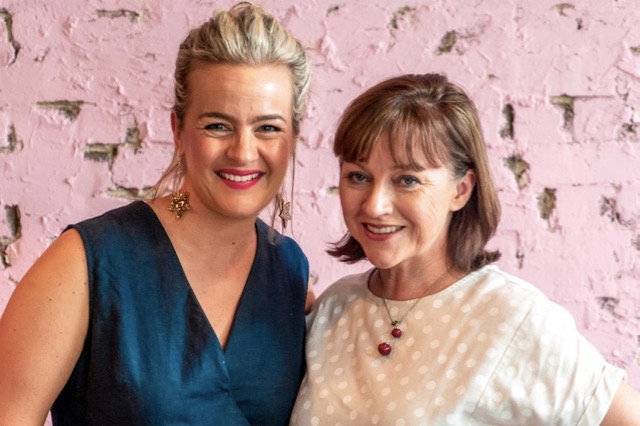 Fin Design and Effects, after much anticipation, is excited to announce the imminent opening of its home in Melbourne.
It has been a well versed and thought out move that has resulted in securing a place of abode in South Melbourne where currently they are knocking down a few walls to create a space that reflects all other Fin venues. A home to talented artists and production services with an ever pursuit for creative excellence. At the helm, they are most proud to announce that Jess van Roosendaal, a true Melbournite, will be flying the Melbourne flag for Fin and assuming the role of executive producer.
van Roosendaal comes with a formidable pedigree having worked as an advertising agency producer for the past 15 years. van Roosendaal has held various positions working with a variety of clients at agencies such as Singleton Ogilvy and Mather, Badjar Ogilvy and AJF Partnership. The last 5 and a half years has seen her freelancing throughout many of Melbourne's top agencies including Clemenger BBDO, Thinkerbell, Leo Burnett, GPYR, JWT, DDB and CHE just to name a few.
van Roosendaal's passion for the industry is also illustrated by the fact in 2015 she produced a short film called 'Craig Smith, The Story of Craig Smith', which was lucky enough to receive its world premier at the HollyShorts Film Festival in Hollywood.

van Roosendaal is thrilled to be joining the Fin team where already she feels part of the family. Having been in discussion with Fin over the last 3 months.
Says van Roosendaal: "I really feel this is a fantastic opportunity for me to utilize the knowledge and relationships that I have built over the past 15 years in a new and exciting environment. I'm already loving the support I have from the whole Fin team and am looking forward to this new exciting phase."
Says Emma Daines, founder and group managing director, Fin Design and Effects: "It has always been my dream for Fin Design to have a very real presence in Melbourne, as that is where indeed my career in this industry started, some 30 odd years ago. I could only do that if I had the right people and the right environment. This is now the time and I am thrilled that Jess has joined the Fin family. Jess has the same passion and ethos that I have and has the rest of the extraordinary talent at Fin."

Fin is now in it's 18th year having started as a boutique design VFX house in advertising. That remains proudly it's core business throughout Australasia, though prominently embarking into the feature film business over the last 2 years.

With the Melbourne office set to fully launch January, 2019, Daines adds: "There is more news to come and I am super proud of from where we have come and to where we are further exploring."
view more - Creative