Craigen was most recently Global ECD for Volkswagen working with DDB 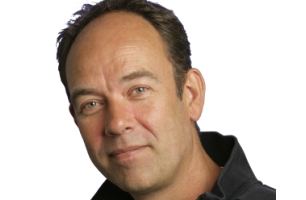 Jeremy Craigen has been appointed as the new Global Chief Creative Officer(CCO) of INNOCEAN Worldwide.

Craigen whose distinguished career has seen him win many awards at Cannes and other leading shows was until recently the Global ECD for Volkswagen working with DDB.

Craigen started his career at Ted Bates in 1984 and joined BNP BBD Needham in 1990.

He was appointed Executive Creative Director of DDB in 2003. During his tenure the agency was twice named The Most awarded agency in the World Accolade by the Gunn report.

Commenting the Global CEO of INNOCEAN Worldwide Kun Hee Ahn says, “We have been working towards INNOCEAN being a leading Creative agency on a Global scale. Now we have Jeremy as a Global CCO who can deliver on that vision and help steer us towards achieving our ambition. Bob Isherwood joined INNOCEAN in 2013 as a Creative Advisor and we are delighted to have two of the very best Worldwide Creative thinkers in the world to help us achieve this objective.”

Newly appointed Global CCO of INNOCEAN Worldwide Jeremy Craigen says, “My remit is simple. Make the work better, grow the business. What I love about INNOCEAN is their honesty about themselves and their ambition for the future. It is a great company, headed by great people. And this is exactly the opportunity I have been waiting for. I can't wait to get started.”

Bob Isherwood, Creative Advisor of INNOCEAN Worldwide who was involved in the appointment says, “I'm very excited about working with Jeremy. It's something we've tried to engineer in the past, but the opportunity wasn't right for him back then. Now our stars are aligned, along with our collective experience.”

Jeremy has served on virtually all major juries and has been Jury Chair of LIA, Clio, Young Guns and British TV Awards – in 2013 he was awarded The Chairman’s Award at British TV Awards for his outstanding contribution to film advertising.