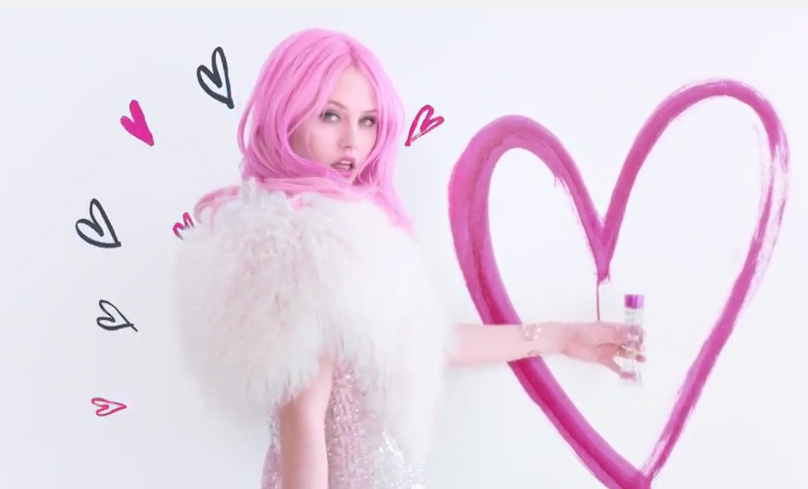 jelly have been working in collaboration with Rankin and Frontroom to create a series of TV ads & promos for GHOST's brand new fragrance, GHOST Girl.

jelly Kitchen worked closely with Rankin to bring Caroline's signature ink and brush style to life. We spoke to Sam Burton, Head of Animation at jelly, about the process: "Firstly I broke the commercial down into the key shots. I then played about with the position of the illustrations on each shot deciding how they would animate around the model. There was a bit of back and forth with Rankin until everyone was happy with the proposed layouts and animation."

"These key frames were then put into an animatic so we could work out the length of each shot and how many frames of animation we would need to produce."

"We each had a selection of shots to work on. This involved rotoscoping out the model and tracking the background, which enabled us to composite Caroline’s illustrations into the live action footage. The idea being that the illustrations became part of the environment and interacted with the models movements."

You can view a making of video below. Click here to watch the extended cut.