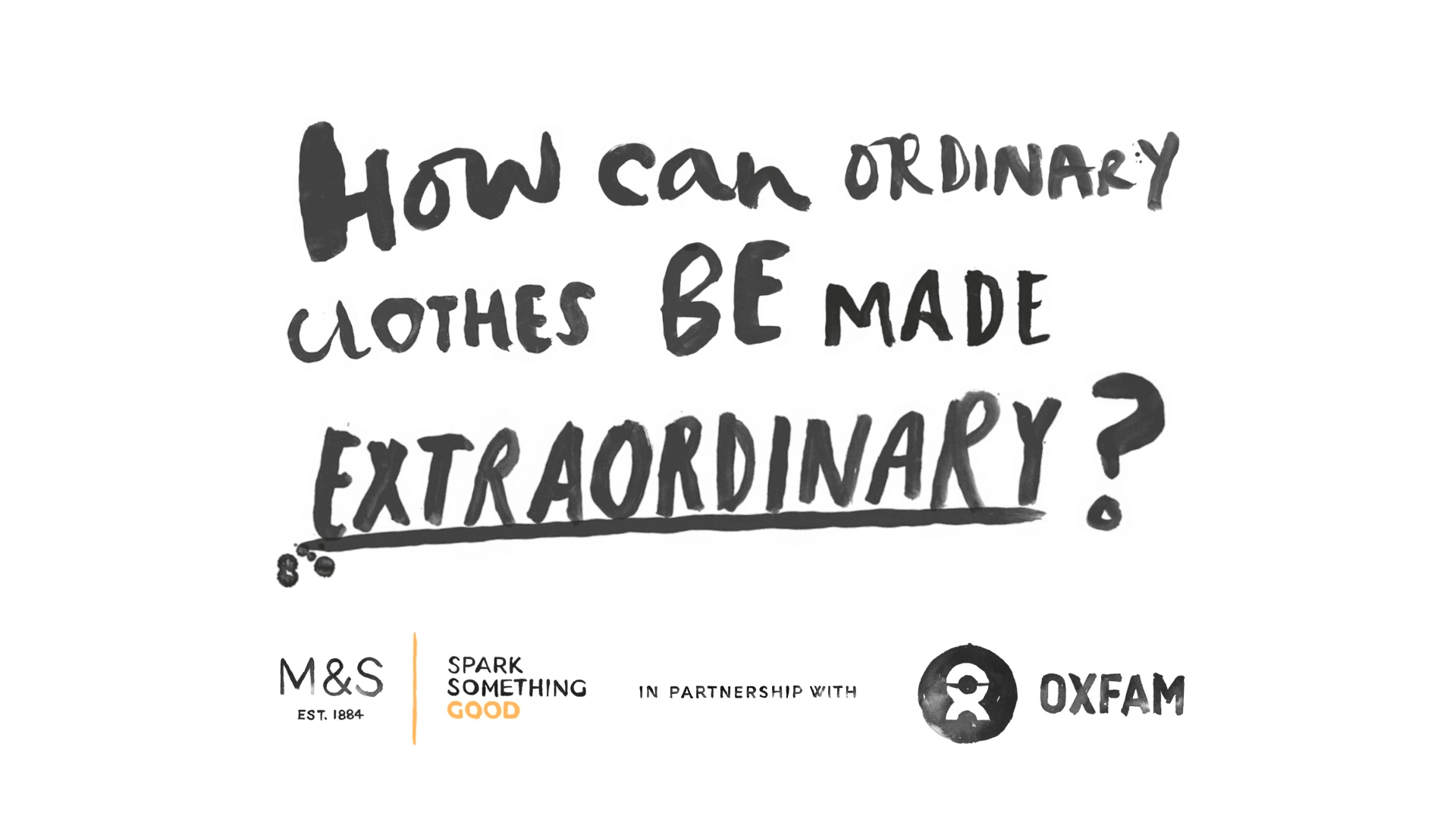 Featuring Ab Fab star and Oxfam ambassador, Joanna Lumley, the online campaign invites customers to leave their old and unwanted clothes at Marks and Spencer stores to be resold or recycled by Oxfam.

The stylishly animated films show items of clothing that have been donated via the “Shwop drops”, morphing into good deeds around the world, including clean water and business training. Jelly spoke to Sam Burton, Head of Animation at The Kitchen, to get a behind the scenes look at creating the spots:

“Initially we produced a thumbnail storyboard to create a timing animatic to work alongside the brilliant VO from Joanna Lumley. Our next stage was to begin drawing out the cel animation using flash. This gave us the power to sketch out the morphs and experiment with how the film flowed, and see how each scene would transition to the next. Once the sketched version of the animation was approved by the client we took it into Photoshop.”