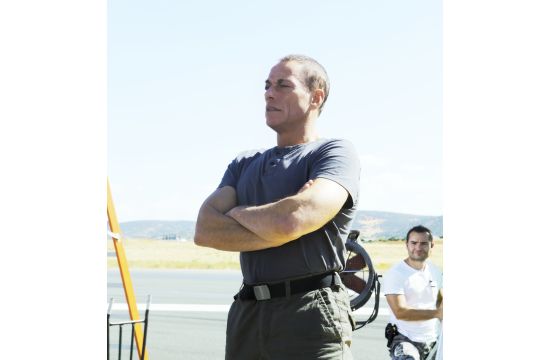 Slackliners, CEOs, hamsters, and bulls are just some of the unusual props Volvo Trucks has used to demonstrate its trucks’ capabilities. Now, the star of Volvo Trucks’ latest film ‘The Epic Split’ seems to be none other than Hollywood action-man Jean-Claude Van Damme.

Allegedly Van Damme will be performing one of his trademark splits, balancing between two reversing trucks. This incredible world-first stunt is set to premiere on November 14.

“It’s quite unusual, and the first time we’ll ever see anything like it – in a movie or a commercial,” said Van Damme on set at a deserted airfield in Spain, before shooting the scene. Van Damme continues: “When I saw the storyboard, I thought it looked amazing. It’s very majestic and very powerful.”

In the teaser film Jan-Inge Svensson, the engineer behind the development of Volvo Dynamic Steering, explains the stunt to the action star. A stunt neither Van Damme nor anyone else in the world has ever done before.

The plot of this film brings back echoes of the breath-taking ‘Ballerina Stunt’ from last year, in which slackliner Faith Dickey crossed a rope between two speeding trucks. The question is – can Volvo Trucks and their accomplices complete such a daring stunt once again?

The film, ‘The Epic Split’ is released on November 14. It follows on from previous hits including ‘The Ballerina Stunt’, ‘The Hook’, ‘The Hamster’ and ‘The Chase’. This is a split you do not want to miss.