JBL Turns Tweets Into Music for the Grammys 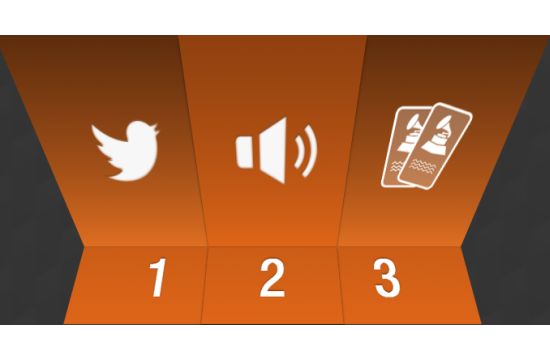 In celebration of the 56th Annual GRAMMY Awards, audio electronics company JBL has launched “JBL Tweet Music,” a new digital experience that transforms tweets into music. Twitter users can tweet as they normally would using #JBLGrammys or #JBLTweetMusic, with @JBLAudio, and their tweet will be interpreted into a song. The keyboard becomes an instrument and the creating possibilities are endless.

At the heart of the experience is an algorithm that converts every letter, character, and number into loops of music. When Twitter users create a tweet and click to share, the tweet gets pulled into the server and runs through the algorithm. After the tweet is converted into a custom song based on that unique set of characters from the user, it gets outputted into a mix of loops making a full song. This song then gets retweeted back to the user, who can play the custom song right in Twitter and share it on any platform (i.e., Facebook, Tumblr, etc.).

“JBL Tweet Music” is the first campaign to convert tweets to music, completely on Twitter. Everything happens in Twitter – no need to download apps, or sign up for something – just tweet with #JBLGrammys or #JBLTweetMusic @JBLAudio. This campaign is part of HARMAN’s overarching marketing strategy, and is a combined effort by TracyLocke, WestwoodOne, and other agencies.

“Tweet Music” users will be able to hashtag their way to the 2015  Grammys – when a consumer includes the hashtag in their tweet, they are automatically entered to win a trip to the 2015 Grammy Awards & JBL audio prizes. That's it, no additional registration required.

All musical tweets will be archived on the JBLTweetMusic.com microsite. To view the site, please visit http://www.JBL.com/TweetMusic.