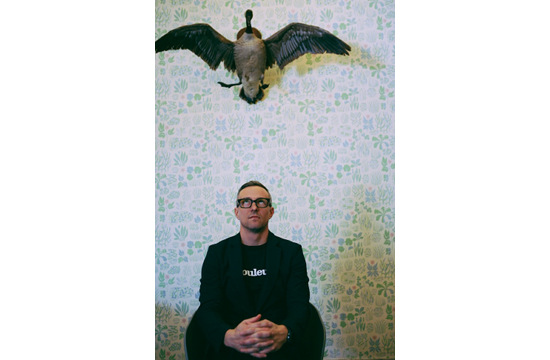 Modus Operandi launches 2014 with the addition of SR. Creative Director Jay Gundzik. Gundzik is an award-winning creative known for his expertise in gaming, digital, print and broadcast.

“We are absolutely thrilled that Jay has joined the ModOp family,” says Chief Creative Officer Aaron Sternlicht. “We’ve been fans of Jay’s work for years, and having collaborated with him over the past twelve months, I personally developed tremendous respect for his creative acumen in design, digital production and branding. It’s rare for a creative to be so adept across these disciplines. And Jay is simply a beast.”

“I got to know Modus Operandi from a client perspective and was impressed by how they stood out in both approach and service,” recalls Gundzik. “They are true digital behaviorists who engineer and design campaigns around intended audience and client needs. The work is not cool for cool’s sake, it’s cool because it is compelling and generates results.”

Passion for design has defined his career, which includes freelance Art Director assignments for many of the industry’s leading advertising agencies including Crispin, Porter & Bogusky, and 72andsunny. He also served as Associate Creative Director at M&C Saatchi, Energy BBDO and TBWA Vancouver. Gundzik, a native of Canada, launched his career as an Art Director at BBDO and for mobile agency Wasserman & Partners, both in Vancouver. With each position and project, he was known for bringing talent together to provide solutions for clients, blending strategy with arresting visuals.

His interest in art was sparked with a 5th grade (or grade 5 if you are in Canada) assignment. As a teen, he immersed himself in skate, snowboarding (He won the Canadian National Halfpipe Championship) and surf culture, absorbing the signature styles of those scenes. At art school, he found inspiration in the visual language of avant-garde music videos and the work of esteemed designers like Neville Brody. Today, in addition to his brand-based work, Gundzik is a 60’s Reggae collector, DJ and avid road cyclist. Work hard, play hard could well be his mantra – which makes him a perfect match for his colleagues at Modus Operandi.