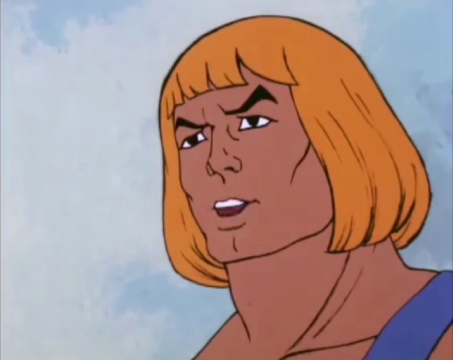 Will Smith meets He-Man in the winner of the AICE Detroit Chapter’s Camp Kuleshov trailer competition for 2014.  Assistant Editor Jason Stratton of Beast took First Place for his trailer for “The Fresh Prince of Bel Air/Grayskull,” a mash-up of the 1980s animated TV series “He-Man and the Masters of the Universe” cut to the hip-hop theme song from Will Smith’s breakout 1990s sitcom.

To view Stratton’s winner, along with the Second and Third Place Camp Kuleshov winners, click here.

Second Place at the competition went to Assistant Editor Lisa Roberts of Territory for “The Odd Couple,” in which she took the classic Neal Hefti theme song from this iconic TV series and re-cut it to scenes of Detectives Rust Cohle and Marty Hart from the first season of HBO’s “True Detective,” with Woody Harrelson’s character cast in the Felix Unger role and Matthew McConaughey’s as Oscar Madison.

Third Place went to Assistant Editor Randall Kupfer of Hudson Editorial for “True Detective Squad,” in which he took the opening title sequence from “True Detective,” initially designed and produced by Elastic, and replaced many of the characters and scenes with those from the 1980s comedy “Police Squad,” starring Leslie Nielsen.

The brief for the assistants entering Detroit’s Camp Kuleshov was a TV watcher’s delight: they could choose any show previously or currently airing on FOX, ABC, NBC, CBS, HBO, AMC or Showtime and create a sixty-second TV show opening sequence for it using source material from a different series.  An example would be reimagining the opening sequence for “The A Team” using footage from “Diff’rent Strokes.” The only material they were allowed to use from the original show is the opening theme music and the opening titles, although that’s not mandatory.

The Detroit CK competition, which was organized by Hudson Editorial EP Kristin Redman, was the first Camp Kuleshov contest to be both judged and awarded on the same day, November 19.  A jury of Detroit-area post production pros, along with invited agency creatives and editors, reviewed the entries at a meeting held at Territory, with the awards presentation and party taking place later that night at The Loving Touch, a combination pool hall, bar and music venue. A cash prize of $500 was presented to Stratton for his First Place winner.

AICE’s Toronto Chapter will finish up the 2014/2015 Camp Kuleshov season with their competition in January.