Trends and Insight 633 Add to collection 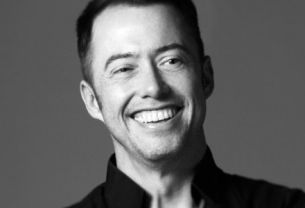 Jason Romeyko left Saatchi & Saatchi after 23 years because “the spirit was no longer the same as when I started,” he told LBB today.

Speaking at Golden Drum 2016 in Ljubljana, the former Worldwide Executive Creative Director added: “But that’s ok. We all have a right to change and evolve. And besides, I wanted to go and write books anyway.”

He mourned the closing of several Saatchi & Saatchi offices and the eroding “chutzpah” when it comes to clients and creativity, driven by the convergence of the Publicis Groupe’s agency brands. However, the Australian-born, long-time Europe resident was enthused about his new role as Global Executive Creative Director on the Creative Board of the Serviceplan Group.

Seeing the group’s rapid growth was a big factor in his decision. “They are a growing entity, their footprint is getting much bigger and they are as creative, if not more innovative, than any other network in the world right now,” he said. “They’re ranked number one for awards in Germany, they’re getting global pitches and remits from clients like BMW. I see more of a “can do/must do” culture within Serviceplan and that’s something I’d like to continue associating with my own brand.”

Injecting that culture across borders is something that Jason is extremely well versed in from his time at Saatchi. As Worldwide Executive Creative Director on clients such as Toyota and Deutsche Telekom, he often brought teams from numerous offices together to collaborate on projects, a recent example being the incredible Deutsche Telekom mobile game that collects data for Alzheimer’s Research.

“My pedigree is bringing people from different offices together. For Sea Hero Quest I used a team in Macedonia to realise the idea – even though it was produced out of London. I’ve always worked with different offices, depending on the brand. To solve a problem I bring different nationalities together and come out with a unique international platform. I find it really exciting to be able to try that with Serviceplan, as I hope that this won’t only add value on an international level but also on a grass-roots one.”

Golden Drum is a festival that has been celebrating creativity from Central and Eastern Europe for 23 years now and Jason attended the first ever one. He offered his views on which markets within this region he finds most exciting right now.

“Russia has come a long way in the last ten years. I worked there for four years and it really has come a long way in digital and experiential. I think that Macedonia is a small country with a big impact. I’m seeing great things from Serbia. And interestingly, in the context of Golden Drum [being a Slovenian festival], in the first years of the festival’s history Slovenia was awarded the most creative country in the region. But in recent years I’ve not seen work from Slovenia that’s as brave, and that’s a shame because there are some very good agencies here.”