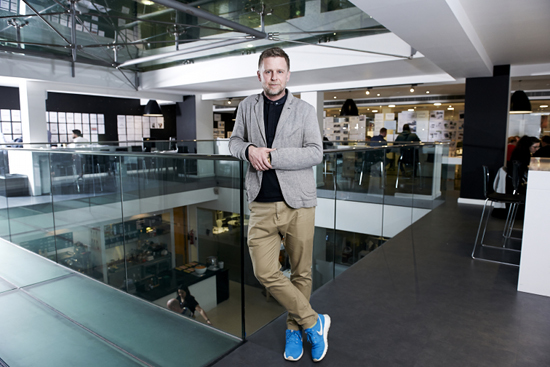 M&C Saatchi has appointed Jason Lawes – Co-Founder and Creative Partner of The Red Brick Road, and one of the team that worked to create the multi-award winning ‘Every Little Helps’ Tesco campaign – to the role of Creative Director at the agency.

At M&C Saatchi Lawes will be working alongside Mark Goodwin, also Creative Director, as well as Elspeth Lynn, ECD, Grant Parker, Head of Art, and Paul Hogarth, Head of Brand Integration. Together with the senior creative leadership team, he will lead the independent agency’s creative output across its client portfolio.

Throughout his career, Lawes has worked with a wide range of global and leading brands, including Tesco, Heineken, Magners, Stella Artois, Unilever, HSBC, and GM Motors. He has also been instrumental in winning a number of prestigious awards for his agencies and teams, including Cannes Gold Lions, D&AD Pencils and Creative Circle Golds.

Prior to co-founding The Red Brick Road in 2006, Lawes was at Lowe & Partners, where he worked on creating the ‘Every Little Helps’ campaign for Tesco, wrote the most awarded Stella Artois ‘Reassuringly Expensive’ ad of all time, and brought home a Campaign Grand Prix. Having begun his career in the post room at Bates Dorland, Lawes worked his way up to be a senior creative, before joining Ammirati Puris Lintas.

Elspeth Lynn, Executive Creative Director at M&C Saatchi Group, said: “I feel honoured to have Jason joining our team here. He is an inspiration: his work speaks for itself, and he is a brilliant creative leader. His rich experience, especially within retail, will perfectly complement the work we create for our clients, and his strength at mentoring teams will make him an asset to the agency.”

Jason Lawes added: “This is an incredibly exciting moment for me. M&C Saatchi’s work has continually impressed me for some time now: it lives up to its ethos of being founded on brutally simple ideas, while being clever, engaging, and original. The creative team are inspiring, and it’s an exhilarating prospect to be on the brink of working with them, creating the work that will define the M&C Saatchi of the future.”

Lawes will take up his post with immediate effect.