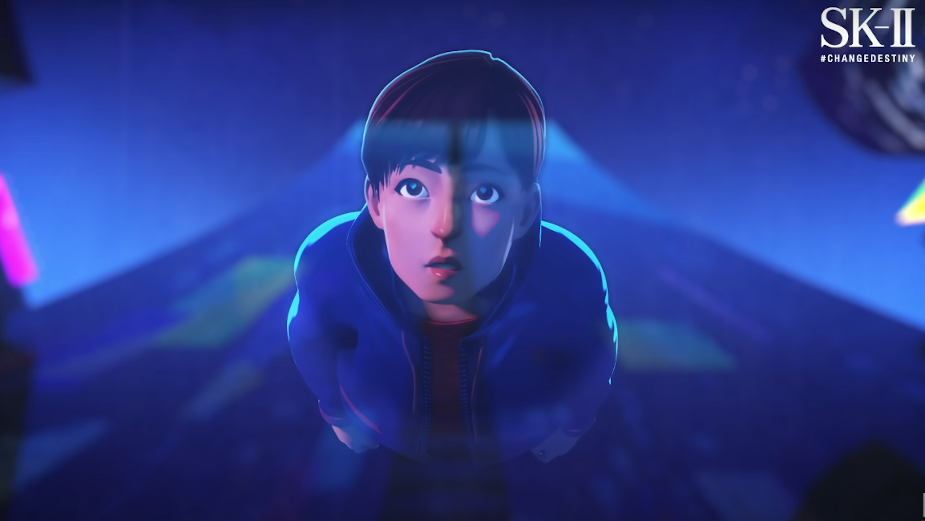 Table-tennis star Kasumi Ishikawa features in the new dreamlike animation for the skin care brand SK-II. We go on a journey through her life in the form of a tower block chased by a black cloud of self-doubt the whole while.

The animators at Platige Image were able to work with great freedom when it came to creating the movements of Kasumi, using the key-frame technique. This allowed the artists to create surreal choreography and added to the overall aesthetic and themes of the film.

“The animated sequence of the film takes place in the protagonist imagination, with the animation itself being the prism through which we wanted to express the essence of her emotions. We focused on creating the mood of the place rather than a detailed reconstruction. In our film, the background is in constant motion, evolving and transforming in synergy with the mood of the individual scenes. We used every visual element in the film to build a strong and emotional message, in which even the optical perspective and colours are actors playing their parts,” said director of the film, Damian Nenow.

“The stylised aesthetics of the movie allowed us to use colour more liberally. We put a lot of work into creating so-called colour keys, so that we could be sure that the colours, while staying in line with the narrative, evoked specific emotions, and that each scene had the right tone,” added art director Kamil Murzyn.

One innovative solution that significantly accelerated production was the use of VR goggles to create the Shibuya skyscraper.

“It was not only great fun, but also a very effective solution. VR allows you to paint in 3D, without the limitations of a 2D canvas surface. It’s a very organic process and the use of this technology was groundbreaking for us. Spending 2-3 hours in VR goggles usually produced a set of functional concept art pieces,” Damian Nenow explained.

“The scale of this project was simply huge. We shot with a great team from Tokyo, with an agency and creative and production teams from London and Japan, and our directors and cinematographer from Poland. The logistics and production of the entire venture were simply stunning. This, in turn, provided a fantastic foundation for the end result,” Artur Zicz, executive producer, concluded.