New trailer teases the highly anticipated eight-part drama, the first three episodes of which are directed by Olly Blackburn 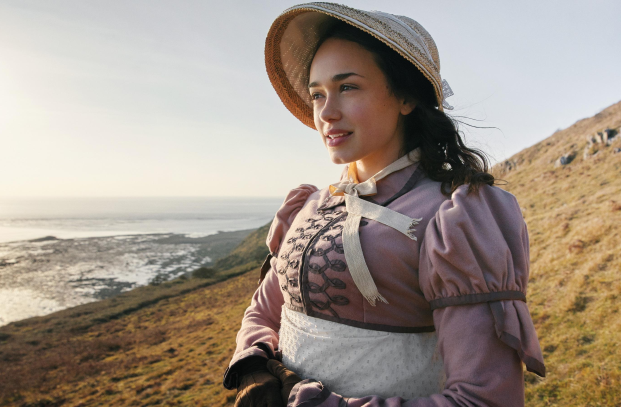 ITV has launched a new trailer unveiling the first look at its new eight-part drama, Sanditon, the first three episodes of which were directed by Olly Blackburn (Victoria, Donkey Punch). The series marks the first time that Jane Austen’s unfinished and last novel (published in 1925 posthumously) has been brought to life on the screen in such a large-scale production. The drama is adapted by BAFTA and Emmy-award-winning writer, Andrew Davies (Bridget Jones’ Diary, Pride and Prejudice, War & Peace, House of Cards) and will air in autumn 2019.
Sanditon stars Rose Williams (Curfew, Changeland) as the spirited Charlotte Heywood, a newcomer to would-be coastal resort, Sanditon, who is exposed to the colourful characters that inhabit it. The ensemble cast includes Theo James (The Divergent Series, Downton Abbey) as the charming but unpredictable love interest Sidney Parker, Anne Reid (Last Tango in Halifax, Hold the Sunset) as the formidable Lady Denham, and Kris Marshall (Death in Paradise, Love Actually) as entrepreneur Tom Parker who has big plans for the fishing village. 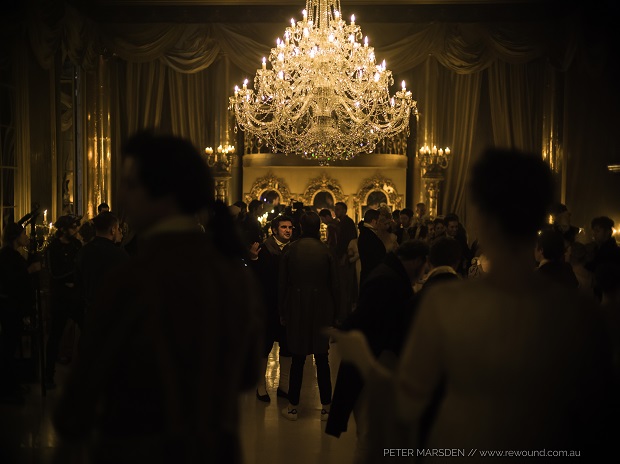 Olly Blackburn on set, dressed to decade. Photo Credit: Pete Marsden
No stranger to helming extensive costume dramas, director Olly Blackburn successfully brought his directorial vision to ITV’s Victoria (2016) and was approached by production company Red Planet to bring Sanditon to life. Commenting on his initial involvement, Olly - who is represented commercially by Great Guns - says: “With Sanditon, I was presented with the exciting opportunity to tackle one of the biggest names in costume drama, Jane Austen, and to figure out how to do that in a fresh and exciting way. I love the kickass style of the regency era and have always wanted to tell a story set during this period; the clothes, the hair, and design are among the greatest in history.”
Speaking on the relevance of Sanditon today, Olly reveals: “The regency era was a rich, varied, chaotic, disruptive, forward-thinking time with a lot of parallels to ours. Whether it’s equality and civil rights (the show’s producer Georgina Lowe covered this in her feature film Peterloo), visionary thought, romanticism, gothic horror or industrial progress and entrepreneurialism (the show is all about a man, Tom Parker, who is constructing a state of the art seaside town), there are a lot of things driving people at the time that we can connect to now. As for Jane Austen, she’s one of the finest observers of human nature who ever put pen to paper. And human nature doesn’t change; only the frocks do.” 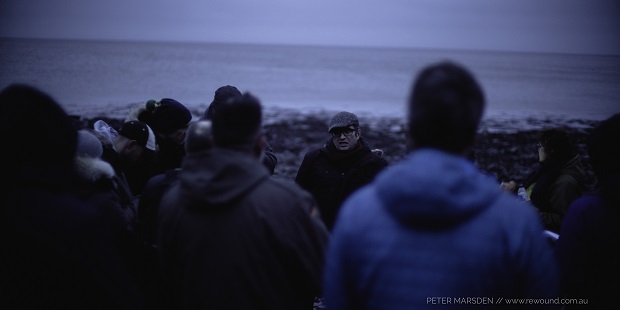 Behind the scenes: Olly Blackburn on location. Photo Credit: Pete Marsden
The director began work on the production in late 2018, helping to cast the show’s sizable ensemble and working with production designer Grant Montgomery (Peaky Blinders, Gunpowder, Dan Leno and The Limehouse Golem, The Secret Garden), costume designer Sam Perry (Flowers, Bunny & The Bull), and DoP David Raedeker (Souvenir, Walk Invisible) to build the visual language of the story. Filming took place in Bristol at Bottle Yard Studios and on location in the surrounding areas. Commenting on the production, Olly says: “There were many interesting challenges. Going soup to nuts on a brand-new, high-quality costume drama in barely 10 months is…ambitious. And an extraordinary testament to the entire production and post production team. As television gets more ambitious and cinematic, it throws up ever-more challenging conundrums to solve. In this situation, the story is based around a late Georgian seaside resort that’s being constructed on the south coast. However, there are no original, unspoiled late Georgian towns left on the south — or any — coast. So, we ultimately decided to construct it as a backlot set ourselves where we could have total control over the look, colour and design of the place, guided by our magnificent production designer Grant Montgomery.” 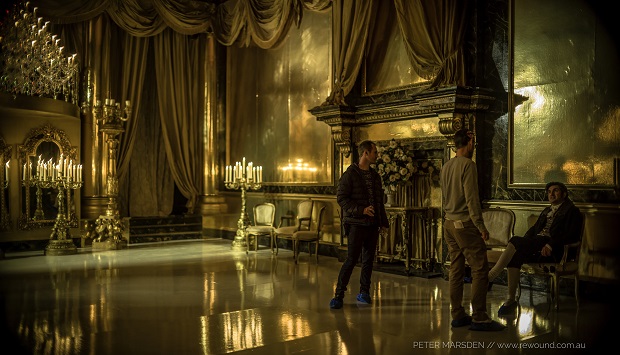 Olly Blackburn on set, dressed to decade. Photo Credit: Pete Marsden
The production design complemented the breadth and multitude of characters in Sanditon, who often inhabit very different worlds. Olly explains: “There is very little traditional Jane Austen country gentry living in our story, which is much more urban and quite opulent in places, so we had to have environments that reflect the extraordinary spread of characters (the principal cast is approximately 17-strong). Some scenes involve a dozen characters all speaking together; it forced me to design the coverage carefully and be very precise about the lenses and how we used them to pick out different characters all talking in a single shot — the films of Robert Altman were very useful in that respect.”
The first episode of Sanditon will air on ITV from Sunday 25th August 2019 at 9pm.
view more - Creative