James Lou Joins We Are Unlimited as Chief Strategy Officer

Lou joins UNLTD from BBDO New York, where he led the strategy on AT&T’s Corporate and Business Solutions division 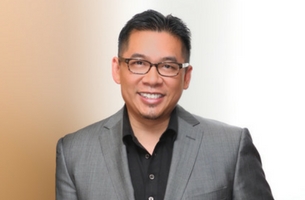 “James is that rare breed of strategist who is obsessed with insights and creativity, but fluent in the dozens of new data sources that the advertising world is scrambling to keep up with these days,” Zuncic stated. “He is the ‘strategist of the future,’ running the engine of what many consider to be the Agency of the Future at UNLTD – it’s a perfect fit.”

“I am excited to join such a talented team at UNLTD.  I look forward to taking our integrated data-driven model to the next level and helping our agency define what the Agency of the Future can do for our client’s business,” Lou said.

Lou joins UNLTD from BBDO New York, where he led the strategy on AT&T’s Corporate and Business Solutions divisions. In this role, he oversaw the agency’s strategic capabilities, which fuel the creation of cross-channel ideas across the consumer ecosystem. Upon joining BBDO in 2015, Lou’s focus was to mine for insights and integrate media, analytics and creativity to develop a full-funnel customer journey for AT&T.

According to Mulhern, “Strategists should be the consumers’ representatives in the agency model. James is the perfect person to lead planning at UNLTD, given his fluency in generating business-building insights at the human-driven, one-on-one level, as well as the data-driven, millions-of-people level.”

Over the course of his 20-year career, Lou’s ability to inspire and develop groundbreaking creative ideas for work in the U.S. and globally has been recognised with 31 EFFIE awards and 34 Cannes Lions. He has also helped drive organic growth and contributed to numerous new business wins, including BBDO Hearts & Science garnering all of AT&T’s U.S. media and creative business in 2016. Additionally, Lou is a known thought leader and has been featured as a consumer expert on CNBC and FOX News, as well as a final-round judge of the EFFIES every year since 2006.