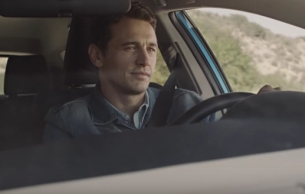 Scion has always been a little weird. With no-haggle pricing, standard premium features and cars shaped like toasters, Scion has proudly done things differently. Now, actors James Franco, Jaleel White, and an inflatable tubeman take the all-new Scion iM and iA for a spin in the brand’s newest ad campaign, titled “Weird, Right?” This is the largest marketing campaign for Scion since the brand’s launch in 2003. The wave of weird contains three 30 seconds TV spots created by agency Droga5 New York. One features the dual sides of Hollywood actor/artist Franco, while a second features White and a wax figure of himself as his best-known role, Steve Urkel from the 90s sitcom “Family Matters.” The third talent is a little untraditional, but definitely not unfamiliar – an inflatable tubeman (yes, those wacky flailing creatures found at car dealerships). Things get weird when it tries to hold a cup of coffee.

"Scion celebrates their differences from the rest of the car industry in a weird, funny way that I can appreciate,” said White. “I had a lot of fun working with them on the commercial.”

The new Scion commercials can be seen on Scion.com: “Franco and Franco”, “Jaleel and Wax Museum Urkel”, and “Recently Liberated Car Dealership Tube Man” are available now and two more spots: “Vampire with a Man Bun,” and “Stockphoto Business People” will roll out in the coming months.

“People who buy the iM and iA are independent-minded and our goal for this quirky campaign is to pique their interest in Scion,” says Doug Murtha, Scion general manager. “While Scion’s approach might be considered unique, it is designed to benefit our younger customers who want a streamlined purchase and ownership experience,”