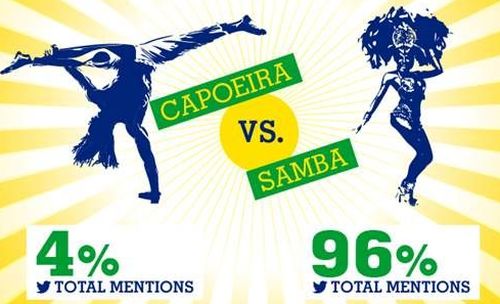 Twitter was abuzz with action last night during the 2014 World Cup opening ceremony. Jam decided to monitor the interwebs for the top tweets of the night, found in the infographic below.

Unsurprisingly Neymar was the most mentioned player with a massive 42% of all player mentions, with Marcelo’s own goal a close second.

Finally J-Lo did ok on the old share of voice (47%) compared to the other performers, sorry Pitbull.