Jaguar Sneaks Through the Monaco Circuit in New Film from Spark44 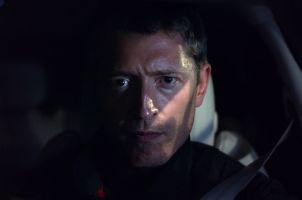 A man gets up at 3am to do an opportunistic secret lap of the famous Monaco Grand Prix circuit in the dead of night. He sneaks quietly onto the track, using a sweeper truck as cover to get past security.

He puts his foot down and the I-PACE roars silently around the iconic winding track, through the Monaco streets, without anyone noticing or waking. He passes a couple entering the famous casino, unaware of what just caused the backdraught on the woman’s scarf, past a sleeping cat at the iconic Fairmont hairpin, past a welder doing track repairs, making his sparks fly. He passes the harbour, a deckhand snoozing away on a boat, and narrowly misses the on-coming sweeper truck, before racing to the finish line. He has got away with it, until he shuts the door with a solid clunk and pigeons scatter.

The film was shot in a narrow window of opportunity between the Formula E race and Formula 1 race. The director was Henry-Alex Rubin from Smuggler. The car was still embargoed so it had to be filmed secretly. Luckily there weren’t many people around at that time of night to see the car.