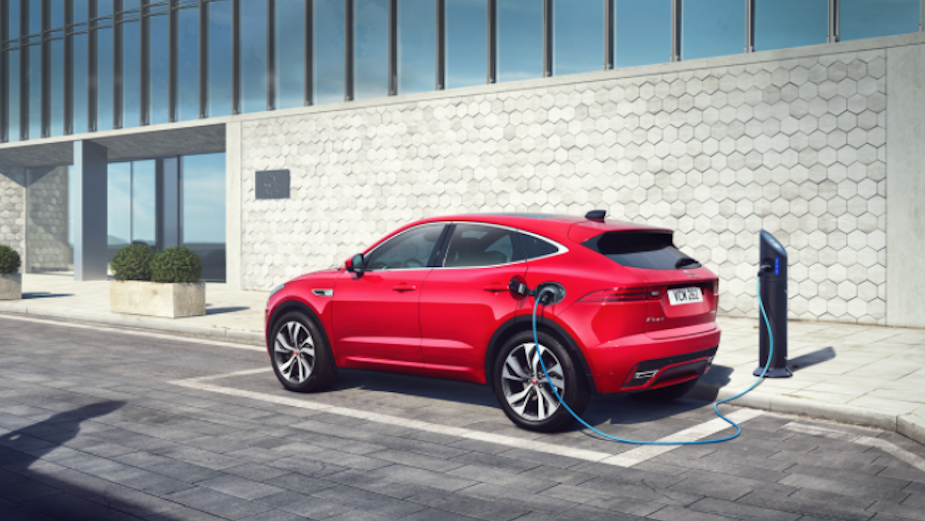 Jaguar and Spark44 have created a campaign to celebrate the striking design of the New Jaguar E-PACE.

‘Striking From Every Angle’ sees British actress Christina Chong, who has previously starred in Johnny English, Black Mirror and Line of Duty, putting the E-PACE through its paces around the City of London.

As the Compact SUV is targeted at a younger demographic, the brand also collaborated with British dance music DJ Hannah Wants, hotly tipped for success in 2021. The films feature her latest single ‘Lift Off’ with Nathan Nicholson released on Ultra Records, which was adapted exclusively for the campaign.

But it’s the New E-PACE Plug-In Hybrid and its flawless design which features prominently across the films. Jaguar also recently announced its ‘Reimagine’ strategy, committing to becoming an all-electric luxury brand from 2025.

This is the brand’s second recent foray into electronic dance music, since working with American DJ/Producer MK earlier this year on the F-PACE campaign ‘Hard to Forget’ which launched in January 2021, and is the latest instalment of Jaguar Creators, a series of collaborations with talented creative artists.

Matt Statham, Spark44: “With these films we set out to capture the beautiful design lines and seamless onboard tech of Jaguar’s playful compact SUV – the E-PACE. The films were predominantly created for a younger, more diverse audience, across short social time lengths. The team set out to create something fast-paced, disruptive and eye-catching – just like the car. All wrapped up with the thought: Striking From Every Angle.”

Anna Gregorek, commercial director of YM&U Music states: “We are delighted to confirm the incredible Hannah Wants as part of this impressive global campaign for the new Jaguar E-PACE. The brand is so close to Hannah’s heart and it is such a fitting campaign to her music, we are proud of the launch of this truly authentic partnership alignment. We look forward to further developing the relationship for Hannah at key moments in the roll out of the Jaguar campaign in 2021. We are also excited to continue in our respected and long-standing relationship with the Jaguar Land Rover team”.

Hannah Wants said: “Jaguar Land Rover is close to my heart as my dad was an engineer there for more than 30 years. To be approached by the brand to work with them on their new E-PACE campaign is a great achievement and I feel honoured they have chosen Lift Off.”