Jacob Collier Serenades on All Sides in 360-Degree Music Video 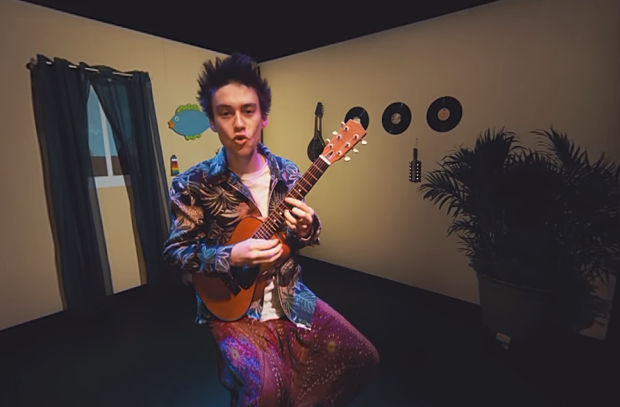 Multi-instrumentalist, singer, composer, producer and two-time Grammy winner Jacob Collier transports fans into an immersive world of wonder and sweet serenades in an enhanced, 360-degree version of the music video for his latest hit, “Make Me Cry,” co-directed and produced by Hollywood-based production studio Light Sail VR. With a 360 field of view and a sense of childlike wonder, the video features dreamscape sets and storybook settings as Collier -- alongside doubles of himself -- covers acoustic, vocals and instrumentals across the stage. Allowing viewers to look around in a headset or maneuver a mobile phone to experience the many scene shifts, the video provides a unique glimpse into the multi-instrumental artist’s talents and the whimsical world of the music video.

Shot at YouTube Space LA, Light Sail VR worked alongside Collier and Quincy Jones Productions to co-direct and produce the 360 version, from there, a directed 2D version was derived. With a 360-degree perspective, eagle-eyed Collier fans can catch Easter eggs and allusions to the 2D video, including how each Collier duplicate took their place on set as the 2D camera panned and, looking up during the video’s celestial conclusion to get a glimpse of shooting stars arcing across the space-themed sky.

“When I first heard Jacob’s song I had an immediate vision of a character taking a journey across a magical world, but I knew I didn’t want to work with digital special effects because the acoustic nature of the song--I felt it deserved something more organic,” notes Light Sail VR creative director Matthew Celia. “The decision to embrace a children’s imagination theme really gave the video a unique feel while maintaining a strong sense of story.”

Adds Collier, “The full 360° version of the ‘Make Me Cry’ video provides an extended playground in which to explore the song’s universe. I wanted people to have a chance to be at the centre of this gentle, ever-changing world, and be able to discover all the secrets embedded in it. Look out for the dab.”

The release of the 360 video comes on the heels of the April 12th debut of the  2D “Make Me Cry” music video, as well as the date for the second volume of Collier’s highly ambitious new project. Djesse – Volume 2 will be releasing June 28 via Hajanga Records in exclusive license to Decca/Geffen. Djesse is a new work of 40+ new songs that are being released over four volumes of new music over the next several months.

Djesse – Volume 2 finds Jacob continuing his thrilling exploration of different musical worlds. Where Volume 1 (released in December) found Jacob delving into the limitlessness of orchestral music, Volume 2 focuses on the intimacy and closeness of acoustic music.  Djesse - Volume 2 will feature a number of collaborators from across genres and generations including: Lianne La Havas, dodie, MARO, Sam Amidon, Kathryn Tickell, and Becca Stevens, and more will be unveiled soon.