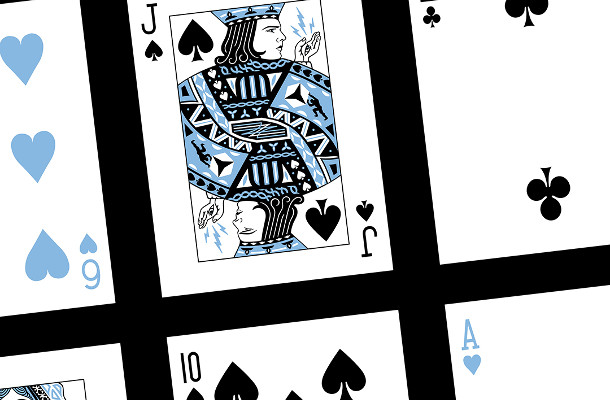 Two full decks of 18x24 double-sided silkscreened poster-sized playing cards were dealt from the merch table at Jack White's Las Vegas show last night. Today, Jack will draw a card on his @officialjackwhitelive Instagram Story. The lucky owner of the poster that matches the card Jack picks will win a prize. Another two decks of poster-sized playing cards will be dealt tonight, with Jack selecting one more winning card tomorrow. Two winners each night.

This poster is the latest in a series of inventive gig posters designed for Jack White by Chicago-based designer Matthew Jacobson, the designer behind the "Triple Decker Poster" and "The Coolest Gig Poster Ever".

Each deck comprises of the standard 52 playing cards plus two jokers and six other variants for a total of 60 cards per deck. The jacks were drawn to resemble Jack White, and the kings take on the guise of Nicola Tesla. 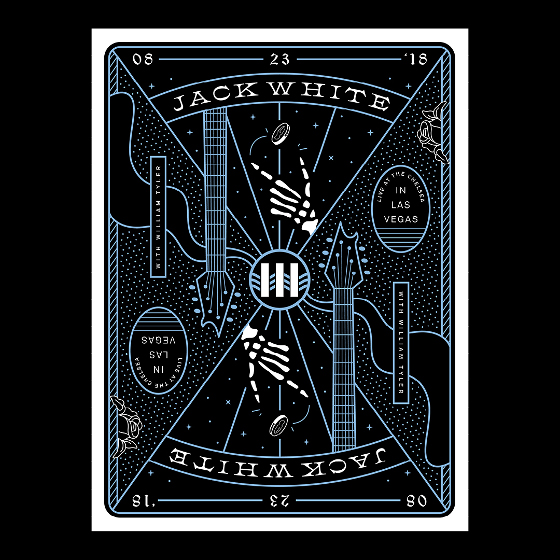 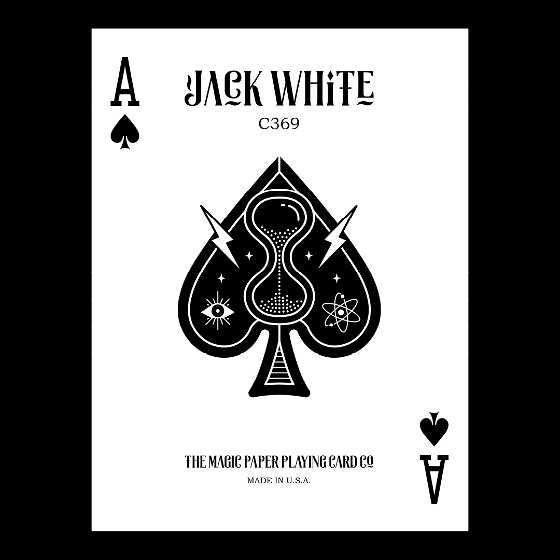 Only six decks were produced for each night's show; a black-backed deck for Thursday and a blue-backed deck for Friday. This means that each poster is one of an edition of only six, making it one of the rarest concert posters ever produced. Two decks will be available on the artists' site at magicpaper.bigcartel.com 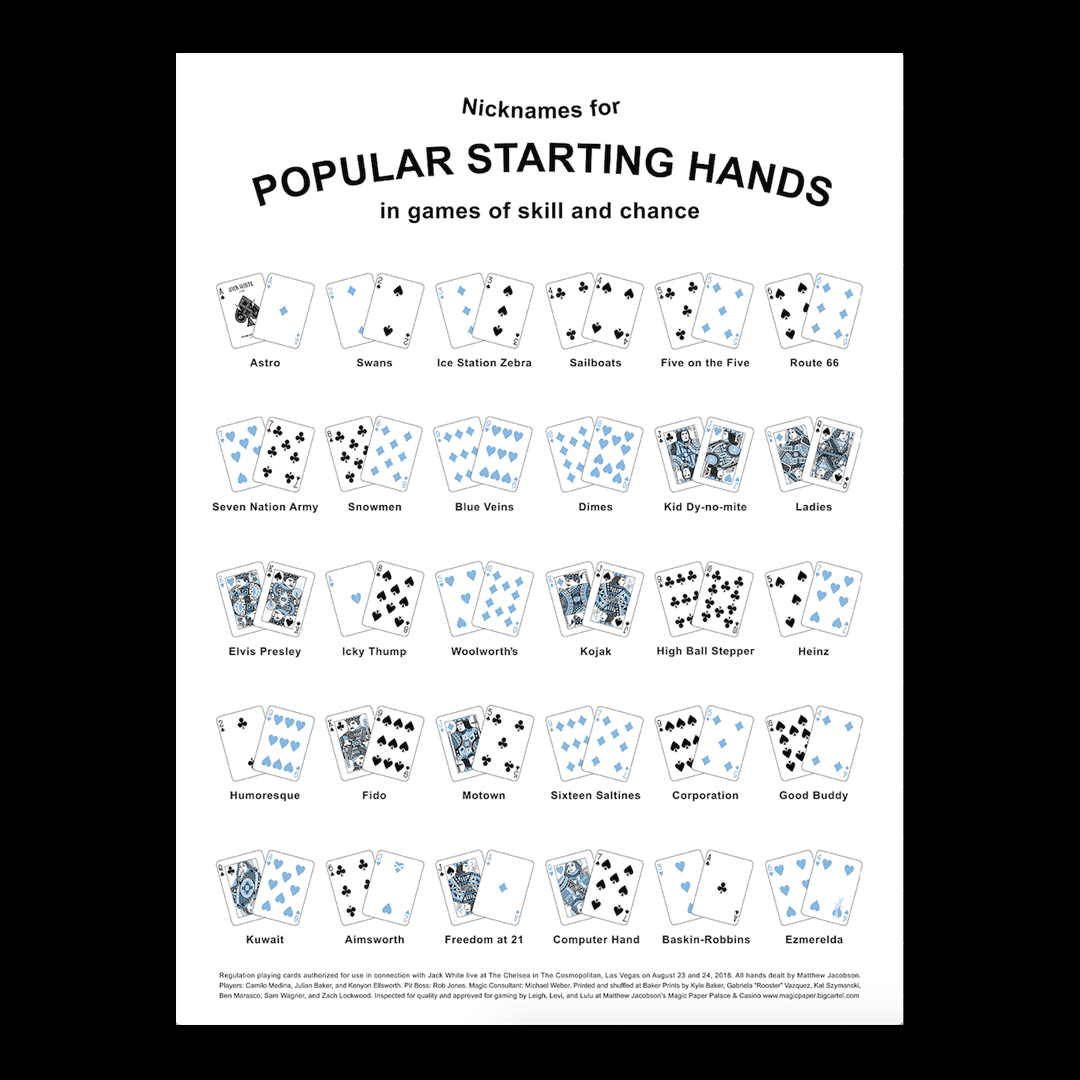 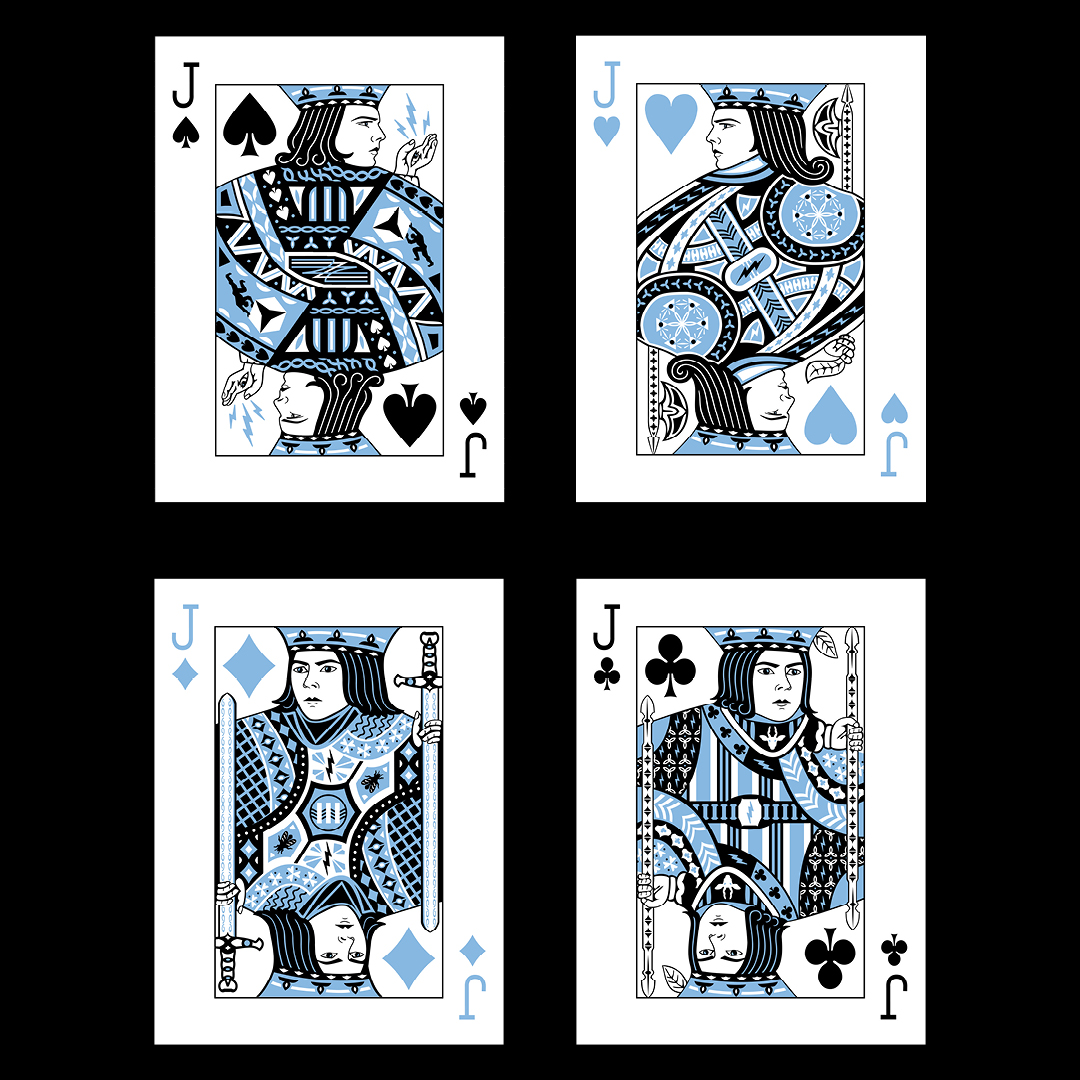 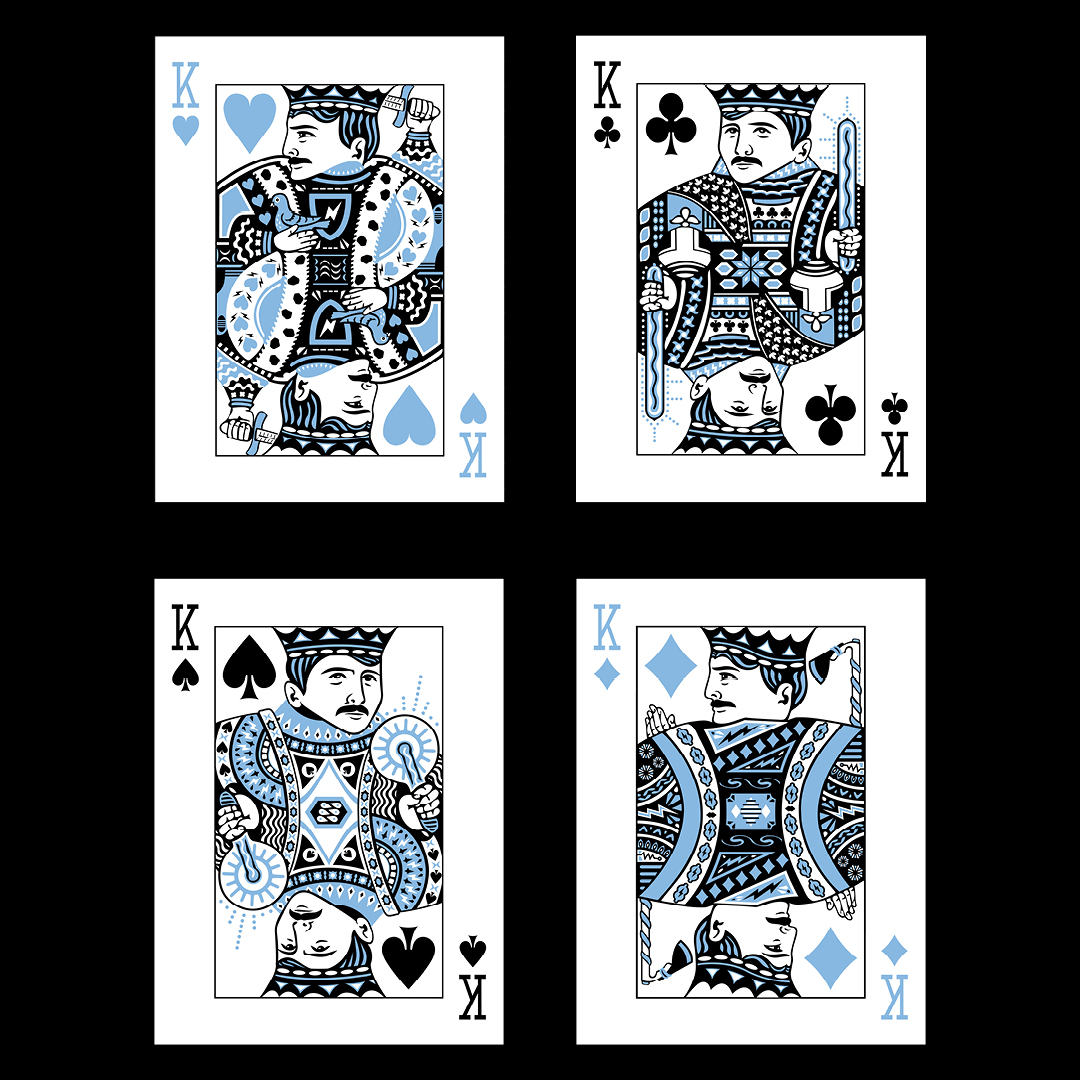 As with most projects, this was a collaborative group effort. In this case, all hands were dealt by Matthew Jacobson.

Printed and shuffled by Baker Prints