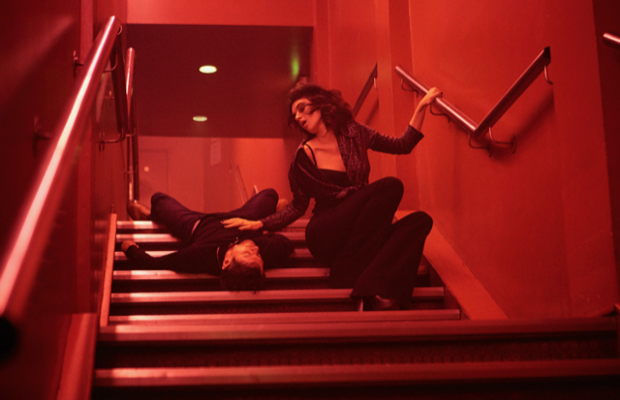 Dan, back with his fourth collaboration with Noel and co-director Scully, is on fire. With a stellar roster including Madonna, Kasabian and Mumford & Sons he has returned to directing with a narrative led visual charged with drama, 70’s undertones and cinematic flare.

In a game of power play, the performance is sexy, electric and leaves you wanting more. The moody moving picture transports you through an addictive foot tapping performance that builds with tension as you follow actor Jack O’ Connell, who finds himself caught in the alluring web of a mystery woman, played by Gala Gordon. As a viewer you learn very quickly that the protagonist is entirely absorbed by the alluring character, and as he becomes more and more transfixed, the video cuts to Gallagher and his supposed ‘heavies’, plotting and planning in a dim lit back office. Jack and Gala are shepherded by a mysterious character played by James Nelson Joyce. With a film worthy narrative, the visual picks up pace in time with the bands moreish beat and echoed vocals.

The provocative on-screen performances are well matched to the lyrics filled with love-sick intrigue and despair. Dan who has a repertoire of films and collaborators under his belt has delivered another racy visual sure to grab your attention.

The music video and single for Blue Moon Rising by Noel Gallagher’s High- Flying Birds will be on 30th January 2020.

The single is taken from the forthcoming EP of the same name released on 6th March 2020.