Julian will retain his role as President, EMEA 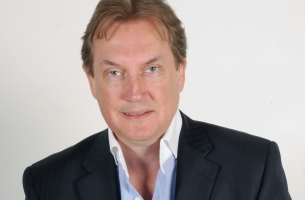 The appointment reflects the agency’s commitment, at the highest level, to excellence in its creative work for brands. In his extended role, Julian will provide executive leadership across Jack Morton’s global network, championing the agency’s creative work and its promise to “do something extraordinary.”

Julian Pullan, Vice Chairman and President EMEA, Jack Morton Worldwide said, “Our creativity is the driving force for the success of our business and it is vital that we actively nurture it and elevate the fantastic experiences we work so hard to create here at Jack Morton. I am delighted to have the opportunity to help drive the agency forward through its creativity.”

Julian joined Jack Morton in 2002 as Director of Operations in London and became Managing Director in 2005. In January 2009, he joined the Global Executive Team, and in 2011 he became President, in which capacity he has founded offices in Dubai, Germany, and South Korea. Under his leadership, the EMEA operation has grown significantly in size and reputation and has won more than 500 creative awards.

Throughout his 30 years in the business, Julian has been responsible for creating award winning brand experiences for many of the world’s leading brands, including Toyota, Lexus, Philips, Shell, Ericsson, Nokia, HP, Barclays and General Motors. He is an active player in the industry and this year earned the number-one spot in Event Magazine’s "Event 100 Club 2015" for which he was voted by the readers of the magazine as the most influential person in the UK event.

Josh McCall, Chairman and CEO of Jack Morton Worldwide said, “I would like to congratulate Julian on all the great work and success that his excellent leadership has brought to the agency so far. I have no doubt that his passion for creativity and brave ideas will further elevate our award-winning brand experiences and will be instrumental in helping our clients achieve exceptional business outcomes.”