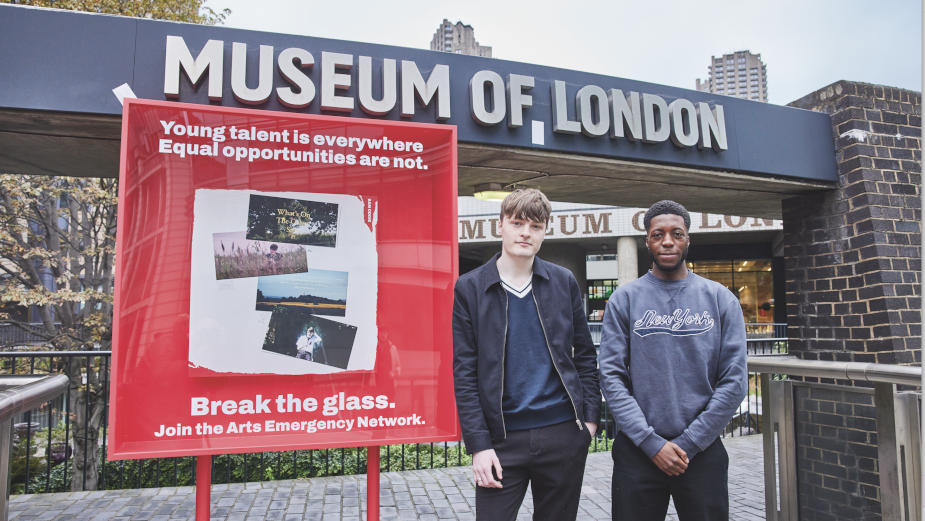 Celebrities including Jack Dee, Katy Brand, Michael Sheen, Neil Gaiman, Jenny Eclair and Chris Addison have joined the #BreakTheGlass online campaign calling on those working in culture to help open the doors for marginalised young people struggling to break into the Arts.

The comedians and actors were amongst hundreds of those sharing the names of the people who helped them to make their breakthrough and encouraging their followers to sign up to share their time or donate to Arts Emergency, the award-winning mentoring charity and support Network, to help the door to young Talent.

Over 25 Arts organisations, creative companies and universities around the UK including The BFI (British Film Institute), University of the Arts London, the Eden Project, Get Up, Stand Up - The Bob Marley Musical, ATC Live and ATC Management, Avalon and The Agency, Rankin, Framestore, Company 3 and Linkedin also joined the campaign to show their support as stats show that so much more is needed to open the creative industries to marginalised voices. 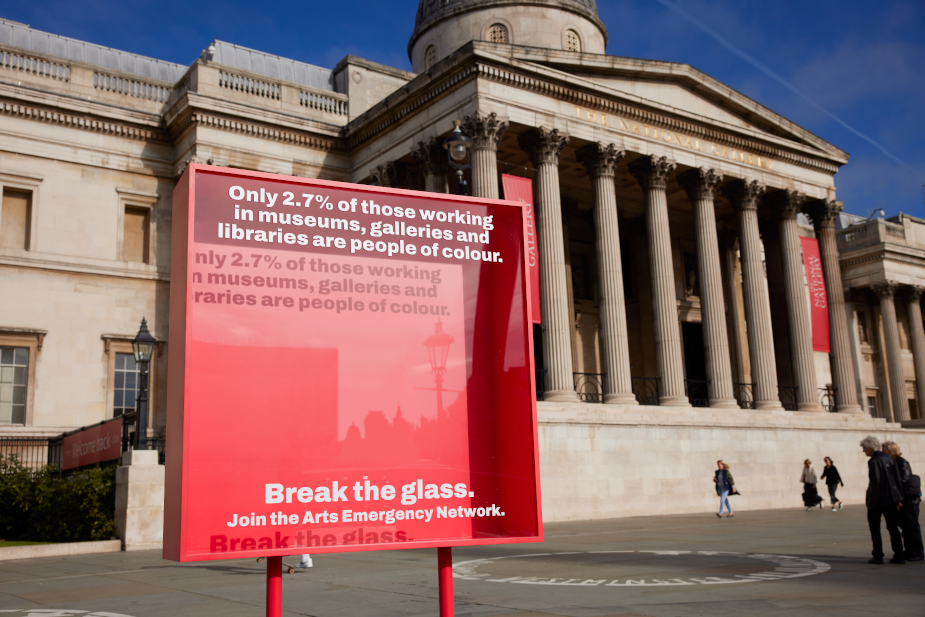 The campaign was created pro bono by creative agency FCB Inferno. The launch campaign includes press ads and a series of short social documentaries to support the launch, with creative industry names including poet Raymond Antrobus and artist Mark Leckey sharing how they broke into their profession, exploring their struggles along the way and encouraging audiences to help more young people find their way into the arts. The organisation's youth collective is also launching a podcast, Crash Culture, in which they interview people, including writer Kit de Waal and researcher/activist Rianna Walcott about social justice and the cultural industries. 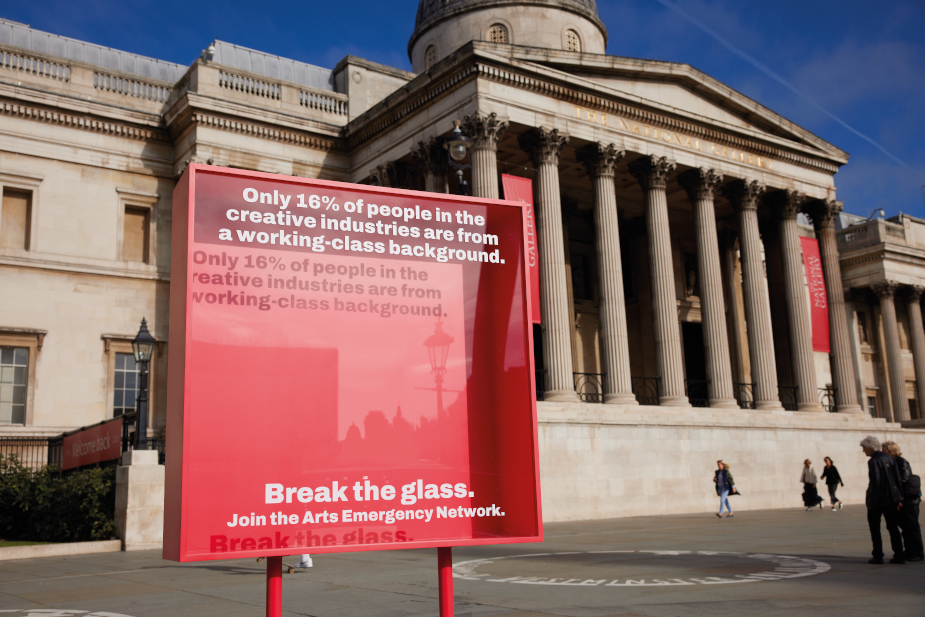 Several of the organisations that have signed up to support are also opening their doors in practical ways to the young people Arts Emergency work with. These include promoting the charity's action sheet on supporting young people and good working practices, virtual open days to understand the various roles available in advertising plus three paid summer internships with FCB Inferno, artist workshops to showcase the music ecosystem and range of behind-the-scenes roles available from ATC Management and ATC Live, and four paid traineeships with Get Up, Stand Up! The Bob Marley Musical’. Avalon and the Agency offer mentorship opportunities, three paid internships each year and actively recruit for full-time staff from the charity.

“We need to actively remove elitism and nepotism in our creative industries, and instead create diversity in race, gender, class and age. This isn’t needed just for fairness, but because it makes the work we create significantly better. At RANKIN, we say that we want to change the world, and it’s projects like Arts Emergency that really will change the creative one.” Rankin

Katy Wright, managing director at FCB Inferno said: “Having worked alongside Arts Emergency for the past four years, we’ve seen first-hand the impact of their mentoring and support for marginalised young people most affected by rising tuition fees and cuts to the arts. For these young people to follow their passions and navigate their way into the creative and cultural sectors is a tough road. And for many, it seems impossible to follow. But if someone can open the door and show them the way in, it could mean a breakthrough that changes their lives forever.”

Neil Griffiths, founder of Arts Emergency said: "No matter what you've achieved, someone at some time gave you a leg up, and Arts Emergency is thousands of people from across the cultural and creative industries doing just that for the next generation by donating money, time and contacts to help them get in and get on."