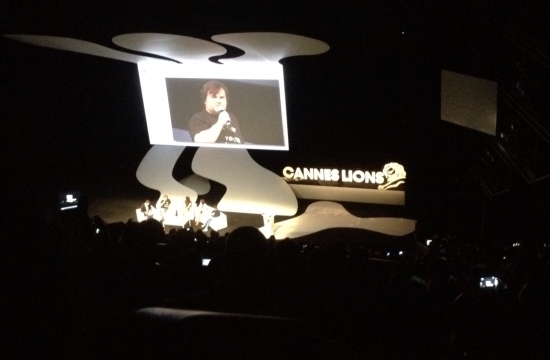 Brands are too risk averse when it comes to online content – that was the key message to emerge from the ‘Yahoo! – The New World of Online Content’ panel discussion starring Jack Black at the Cannes Lions today.

For McPherson, the core missive she was keen to convey was that while brands are supporting a large number of online content projects, they are still wary about funding the kind of edgy, interesting productions viewers want to see.

“We’re working with brands and brands are playing a major role in that migration,” she said. “However I think there’s still a lot of risk aversion in the ad buying community… Working with brands in this space, there are no rules and that can be daunting. But we can create those rules together.”

McPherson also noted that the lack of hard-and-fast rules can also provide an opportunity to be flexible, fluid and responsive. She explained that in some cases her team had altered the frequency of new episodes in response to real-time data.

The panel also discussed the importance of brevity when creating content for mobile. Summly founder D’Aloisio explained that younger generations were consuming most content via their phone and that the principles of summarisation and personalisation were key to reaching this group.

These ideas also applied to video content.  “I’ve found the smaller the screen, the shorter my attention span,” joked Black.
Black also revealed details of a new project with directing duo The Daniels that will ‘involve dancing’ and shared a current Yahoo! comedy series ‘Ghost Girls’.