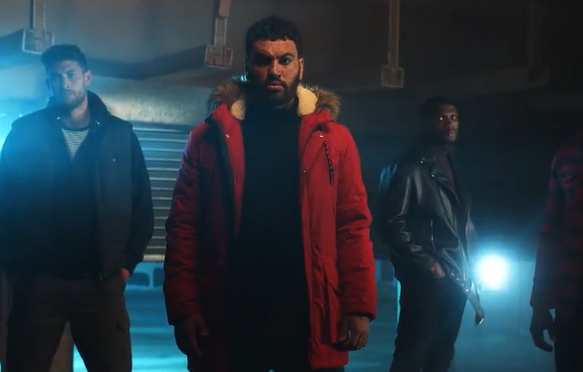 Menswear retailer Jacamo reveals its Winter ’19 campaign, championing values that make ‘the true measure of a man’, an important directional shift for the brand and wider cultural conversation.

Based around insight that bigger guys don’t want to be defined by their weight – but that the right size and fit are key functional things they often struggle to find when it comes to clothing. Jacamo looks to level the playing field with its specialism, raising the standard when it comes to sizing and fit, and importantly standing for what really defines Jacamo guys: their value set.

The campaign looks beyond size and the superficial preconceptions that come with it, and instead focuses on the emotional traits that make up the Jacamo man. Running for eight weeks from Saturday 2nd November, the campaign includes TV, social, digital and out of home adverts.

The campaign was devised by creative agency ODD and produced by Rock Hound. Shot on location in London using clever angles and strong postures, a departure from the way that larger men are usually depicted, the campaign stars a mix of talent that embody the values core to the campaign, Mikael Lawal, David Karim, Wayne Gordon, William Reid and Karl.

Head of brand for Jacamo, Paul Ray said: “This campaign represents a step-change for Jacamo. It communicates a new tone of voice rooted in our values: straight-talking and direct; bold and spirited; with a confidence unlike anything the brand has done before. Jacamo has grown in stature over the last few years and this campaign celebrates both the strength of our product and the values our customers hold dear in a powerful way. It’s reflective of our customers: men of true character, striving, determined, hard-working, with the inner drive and mental-strength it takes to achieve their ambitions.”

Nick Stickland, executive creative director at ODD said: "There is more to a man than just his physical make up; it’s what sits within, what drives him, and what makes him tick. It’s those attributes that motivated this campaign and have given us such an exciting platform to move Jacamo forward as brand that should be proud of what it believes in and who it caters for.”