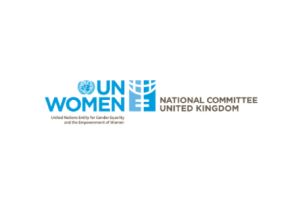 UN Women NC UK has appointed J. Walter Thompson London as its lead creative agency for its 'Days of Activism'.

Its first work will break on November 25th, the UN’s International Day for the Elimination of Violence against Women, and will launch UN Women NC UK’s participation in 16 Days of Activism.

In the UK, 1 in 4 women are affected by gender-based violence and up to 70% of women elsewhere in the world have experienced violence in their lifetime.

Sarah Dembitz, Executive Director at UN Women NC UK, said: “We’ve admired the work J. Walter Thompson London has been doing through its Female Tribes initiative and were keen to have them bring their insights to bear on our plans for November 25th, with a campaign that is set to make a huge splash across these 16 Days of Activism.”

James Whitehead, CEO at J. Walter Thompson London, said: “The work that UN Women does day-in day-out to combat violence against women and girls is absolutely vital, so to be given the chance to work with them to deliver a creative way to engage the public is very exciting.”

UN Women was created in 2010 to direct UN activities on gender equality issues. Before then, no one organisation had the authority to promote gender equality on a global scale and address the serious challenges facing women and girls everywhere.

Its aim is to remove the social and cultural barriers that prevent women and girls from achieving their potential. These barriers exist in public policy, educational opportunity, conscious or unconscious bias, and economic empowerment.